Thanks, Arpa Mondal For Sharing Your Story

My life was a simple one, like every other college students. Until one day, a trivial incident changed my whole life. We all have heard about those colleges that keep getting more and more expensive while offering less and less. But I never considered my college to be one of them. To me, Rabindra Bharati University was the perfect place where I envisioned fulfilling my aim by becoming a successful dancer.

I was a student at the Bharatnatyam Dance Department and I used to live a simple and joyful life with friends and primarily focusing on my career. But there were many, many, many things still I was unaccounted for. It may take a long time for me to describe the incidents. However, I’ll try to keep things crisp here and I am going to describe all the politics and fake promises that I faced in this college.

It was at the time, just before some days of my 5th semester, the UGC issued an attendance rule stating “75% attendance is compulsory for all students in order to appear in the final exam”. Trust me, hardly any colleges follow this rule here. Students having at least a reliable percentage gets allowed for the examination after several warnings.

It was a common scenario in our university as well. Just some weeks before my Graduation 5th semester in the year 2016, a letter came to my end also stating that I will not be able to appear for the semester due to the shortage of percentage. Obviously, I was tense a bit, but somehow my friends consoled me that this was a common scenario and assured me that everyone will be allowed afterwards.

All I knew at that time was that I have a minimum attendance and if I request teachers a bit, then maybe I would be allowed to appear in the last examination. You know, we barely had 75 classes altogether and the university was demanding a requirement of 75%. After a lot of requests from the students, the university ultimately decided to allow those who have at least 10% attendance altogether. This time I was sure that I did have more than enough percentage needed to appear in the 5th semester.

But after a couple of days when all the other students were granted for the examination, I still didn’t receive any letter from the authority. Then I visited the higher authorities and they strictly denied my approval. This was the worst thing that had ever happened to me. I knew that I was not guilty of the charge my university was imposing on me. I was sure that I have done more than 10 classes in the 5th semester. Then why was I not allowed for that? What was my fault? 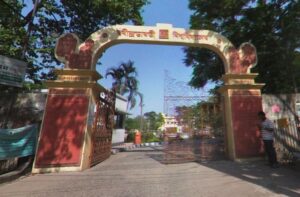 Without knowing what to do and where to go, I directly visited Bikas Bhavan, The State Government Office in Kolkata. All I knew was that this was the place where I will get proper solutions to the educational problems. The officials over there heard everything and gave me a letter. Things began to change a bit, for instance atleast.

The whole thing took a large form when I was asked to visit West Bengal Chief Minister’s house. An official there suggested that I should visit the head of the security department, in order to solve the whole problem. days went like this and in the end, I was unable to sit for the examination. But somewhere I knew that I won’t give up so easily. What made them not allow me to sit in the semester? And I was determined to get to the end of this matter. All I was waiting for was the right opportunity.

In the month of February, just a few days before “Basanta Utsav” I did something horribly wrong. I stole the attendance sheet from the office room. At the right time, I made a xerox copy of the page that was the proof about my attendance details and afterwards I placed the sheet back in the place.

I have the proof now. Hence, decided to mail the picture keeping all the heads of the university in a row. Boom! Soon I was called by the dean of the university. He knew that I secretly took the photo of the sheet but he warned me to keep the fact of the attendance sheet secret from the other teachers.

The head of my department who was not aware of the fact and she began to charge me and even threatened me to speak up about all the things I knew. Rumours started spreading that I had stolen the register and kept it somewhere else. But the truth was that the register was seized by the dean and vice-chancellor.

I decided to send an RTI to the university demanding all the details about my copy and attendance details. You have no idea how much the teachers, as well as the seniors, harassed me for this. Union and other bodies also suggested me to withdraw the RTI stating that this may lead to his restriction. But I stood firm and denied to do so. 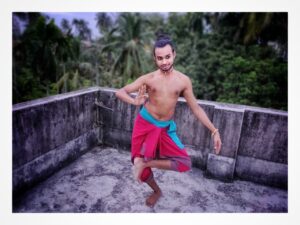 It took 1 month to get all the reports and details about the attendance sheet and copies. Trust me, very few students had above . At least I have more than 10% but pupils having almost 0% were also allowed in the examination. Whereas I was expelled to do so.

1 year went by without any justice. After all these, the local police station also denied lodging an FIR against the head of our University. I barely had any hopes left to get justice. As per the rules, the University declared that I will have to get re-admitted to continue the pursuing semester. But you know when I went for admission, the head clearly stated that until and unless I beg for forgiveness in front of everyone on social media, they will not allow me to continue with my studies.

Beg for forgiveness? Never, I will never ever bow down after struggling so much for so long all the way through. It was just not happening. I decided to write an anti-ragging letter against the university stating how I was mentally harassed every day but all in vain. I was ignored and harassed every day and no one even bothered to pay any attention towards me. I remembered the day when I was called by some members of the college who were profoundly involved in party and politics. There, a man named “Bapi” who had a strong political influence within our university, came forward and without uttering any words started beating the hell out of me. I was shocked and could hardly see any other individual coming over to help me out. I knew they were also obliged to the fear that supporting me may bring some negative impact on their results.

After this scene, I directly went to the police station and after a long period of questioning and answering they took my FIR without taking any name in particular. Soon, the press contacted me and a renowned news agency named “EiSamay” took my interview and posted a big headline against the politics prevailing in RBU. Even I urged a notice to The Delhi Anti-Ragging Cell and held a meeting in Delhi UGC head. But my university also tried its best to ignore these issues. 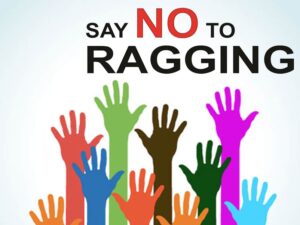 Amid all these issues, the university asked for legal proofs in order to admit their guilt. I was a student back them and from where the hell would I get that type of money to hire a lawyer? This is where “Anandabazar” helped me out. They help me by hiring a lawyer for me and ensured to bear all the expenses regarding the case. But the track changed soon, and the university within a span of 7 days asked me to join back to the university.

From then, till now, I have faced many problems and agitation within the University Campus. The Pandemic made the whole situation even worse. Until now, I have no answer why I was the victim of such a personal attack?

Why a Teen Treatment Center for Anxiety and Depression is Important?

Why This Delhi Teacher Went Viral On Social Media?