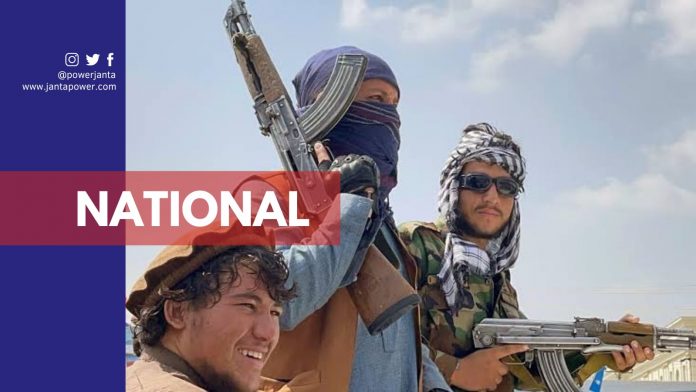 These days Taliban is in the limelight of world media due to their takeover of Afghanistan. On top of that, Pakistan has a good hold on the Taliban which is bound to be a serious concern for India. The voice of local politicians of India who gave their indirect support to the Taliban to aim their political agenda is also a threat. After the new Taliban regime in Afghanistan, there is clear anxiety in New Delhi, especially towards the troubled Jammu & Kashmir area.

In a press conference Taliban said, “It had right to raise the voice of Muslims of any country”. It came just after the victory celebration of Al-Queda in Afghanistan. There is also a similar voice of Pakistan too when a leader of Prime Minister Imran Khan’s party said that “Taliban is told them that they were with us and help us in Kashmir”.

All these words signal grave concern for India. The Indian government is currently struggling in Kashmir to maintain peace with proper law and order. On top of that, the Taliban victory over Afghanistan could boost the morale of militancy, which could escalate the terror activity in the valley. Whereas, the Indian military forces are accused of burying 91 years old Syed Ali Shah Gilani, leader of the Kashmiri separatist movement hastily after his death on Thursday.

The government banned the internet and mass funeral gathering. These types of government actions and accusations against military officials create a dangerous situation in the sensitive area of Kashmir. Indian Lieutenant- General Rakesh Sharma said, “Taliban and Pakistan could take advantage of this type of situation in Kashmir without being physically active. They can do their work by brainwashing the youth through information warfare”.

Further, an officer of the Indian army explained, “Their main aim is to thwart the infiltration of militancy from Pakistan. Earlier terrorists take two days to cross the border through an underground tunnel. But now they take more than two weeks and a minimum chance to alive because of strategically placed bunkers”.

A think tank of international Security studies Sameer Patil believes: “Takeover of Taliban on Afghanistan is not mean that their fighters find ways to Kashmir. Instead it could inspire Pakistan to reactivate their earlier mission”.

According to him, the real threat is not the Taliban but the Pakistan-based terrorist group who are getting inspired by the Taliban’s victory. They are responsible for escalating terrorist activities in the Kashmir valley. Some cadres of the terrorists are already present in the valley who ramping up operations that must be taken care of immediately.

ALSO, READ: The Haqqani Group: Why Are They A Serious Concern For India?

Bursting and Sales of Firecrackers Banned till Jan 2022

Why India Needs A Legal Framework for Wrongful Imprisonment Compensation?