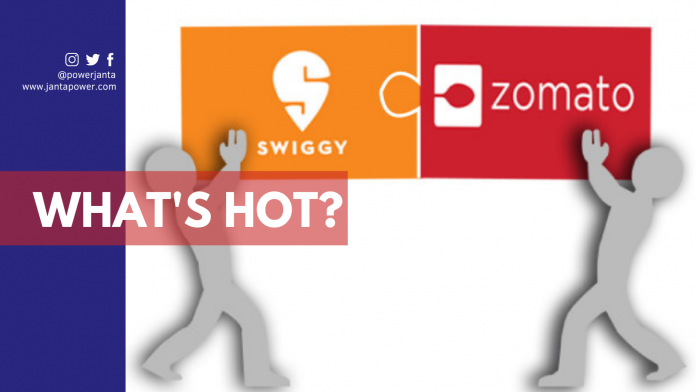 On Friday, 17 September 2021 Goods and Service Tax (GST) council decided to impose 5 percent GST on food delivery platforms like Zomato & Swiggy from January 2022. Previously this tax was imposed on restaurants consequently several restaurants which were not registered under GST had not been paying taxes.

Therefore government decided to give this responsibility to the delivery apps. Who will have to collect and deposit 5 percent GST to the government, on behalf of restaurants, for the deliveries made by their platform? The decision aim to bringing several unregistered restaurants under the GST net.

After the meeting, while briefing the media Finance Minister Nirmala Sitharaman said “we have taken some people friendly-decision, I’m happy that some of them were long-pending”.

Further Finance mister said that E-commerce food delivery operators like Zomato and Swiggy have been pay 5 percent GST on restaurants services supplied by them. The tax will be imposed on cloud kitchens too.

While clarifying the decision finance secretory Tarun Bajaj said “there will be no new burden on the consumer. This is just a transfer of tax responsibility”. Further, he explained “some restaurants were not registered and had not been paying taxes. Therefore we only saying that aggregators will collect tax from the consumer and pay to the authorities instead of the restaurants. Due to this type of tax evasion, there was the loss of Rs 2,000 crore in last two years”.

Does this decision of Zomato & Swiggy impact the consumers?

According to the government, this is not a new tax. Therefore there will be no impact on the consumers’ side. Consumers have to continue to pay only 5 percent tax on the food they order online.

Impact on restaurants and delivery apps

Previously restaurants had a need to maintain two account books, one for direct orders to the consumers and another for the orders through deliveries apps. Now after the decision will implement from January 2022, they don’t have any burden of maintaining two books