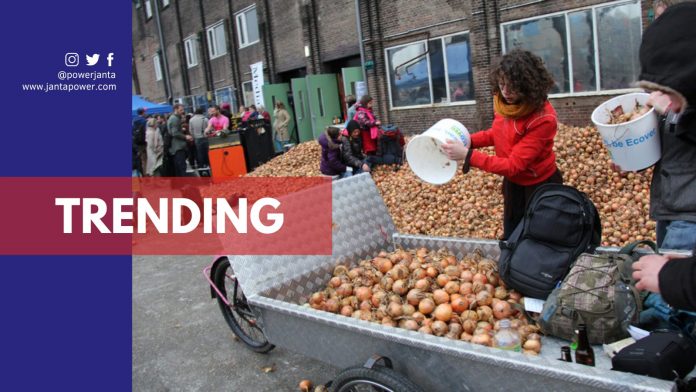 Due to a salmonella epidemic, the US Food and Drug Administration (FDA) and the Centers for Disease Control and Prevention (CDC) have advised consumers to throw away all unlabeled red, white, and yellow onions. The Salmonella Oranienburg infection has infected hundreds of individuals in 37 states, according to the US FDA. The FDA claimed onions imported from Chihuahua, Mexico, and marketed by ProSource Inc. were one cause of illnesses.

ProSource Inc. has decided to voluntarily recall red, yellow, and white onions imported from the Mexican state of Chihuahua between July 1 and August 27, 2021.

So far, 652 individuals have been reported ill, with 129 of them being admitted to hospitals. There have been no deaths recorded. According to the CDC, the real number of persons who became ill is likely to be substantially higher, with the majority of cases being unreported. Between May 31 and September 30, infections were reported.

“Interviews with sick people show that 75% of people ate or possibly ate raw onions or dishes likely containing raw onions before they became sick,” the CDC said in a statement. “Several ill people reported eating at the same restaurants, indicating they may be part of illness clusters.”

Salmonellosis causes diarrhea, fever, and stomach pains in the majority of patients, according to the FDA. Salmonellosis can cause a high temperature, pains, headaches, lethargy, a rash, blood in the urine or stool, and can even be deadly in rare circumstances. “Onions may be kept in a cool, dry area for up to three months. Restaurants, merchants, and customers who believe they acquired such onions should not eat, sell, or serve them and should discard them “According to the FDA.

To avoid the potential of cross-contamination, the US government advised eateries to be particularly vigilant in cleaning and sanitizing any surfaces and containers that may have come into touch with these items. Cleaning and disinfecting cutting boards, slicers, counters, refrigerators, and storage bins are all part of this process.

Salmonella is a bacterium that can cause gastroenteritis and a fever, which is known as salmonellosis. It can potentially be transmitted from animals to humans who come into close touch with some animals, such as chickens and reptiles, do not wash their hands properly before handling food, germs from the animals can transfer to food. If pets eat Salmonella-contaminated food, they can spread germs throughout the house.

The majority of persons who are infected with Salmonella exhibit symptoms 12 to 72 hours after infection. Salmonellosis is a four to seven-day disease that most individuals recover from without therapy.

Salmonellosis causes diarrhea, fever, and stomach pains in the majority of persons. Salmonellosis can cause a high temperature, pains, headaches, lethargy, a rash, blood in the urine or stool, and can even be deadly in rare circumstances. Salmonellosis infections are more common in children under the age of five, the elderly, and those with weaker immune systems.

ALSO, READ: Travel Norms Eased In The US, Fully Vaccinated Indians Are Allowed