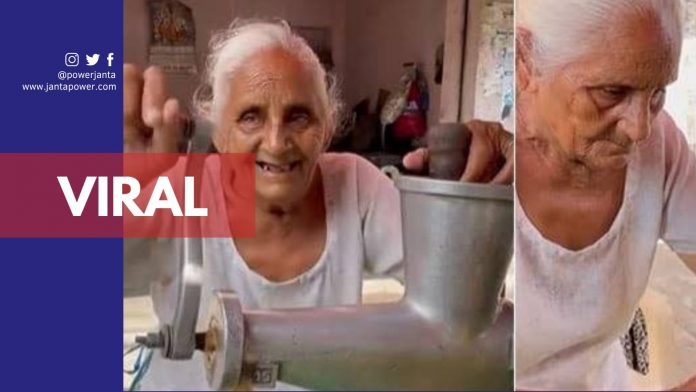 Social networking is a great place to find both fun and educational stuff. But every now and then when you scroll down and come across something that simply breaks your heart. The same thing happened with this elderly woman from Amritsar. People have come forward on social media to help an elderly Amritsar woman running a juice shop.

The old lady is in her late 80s and her shop is located near Uppal Neuro Hospital in Rani Da Bagh. Reportedly, food blogger Gaurav Wasan, who goes by the user name @youtubeswadofficial, uploaded the heartbreaking video on Instagram reels. It showed how this elderly Amritsar woman is trying so hard even at this age to earn money. Since then, the video was shared hugely by netizens and it has received over 9 million views and 915k likes.

According to reports, the stall is located in Amritsar’s Rani da Bagh, outside the SBI bank. In the 30-second video, she makes fresh Mausambi (sweet lime) juice. Although she is serving clients with a smile, internet users were concern about her working at such an old age to support herself.
The video quickly spread on Twitter, where it generated emotional feedback from most netizens. Users asked local governments and agencies to help her. Several people asked for her bank account number so that they might come forward to help her.

In 2020, we saw a similar story about an elderly couple from Delhi struggling to earn a living from their eateries. Baba Ka Dhaba was the Malviya Nagar food stall that had created quite a sensation online.

The same food blogger published the Amritsar women juice stall video, who had previously shared the Baba Ka Dhaba video. People began to rush to Kanta Prasad’s help. On the other hand, Kanta Prasad later filed a cheating charge against Wasan, claiming to steal his donation money. Let’s hope it’s not the same with our elderly Amritsar woman!