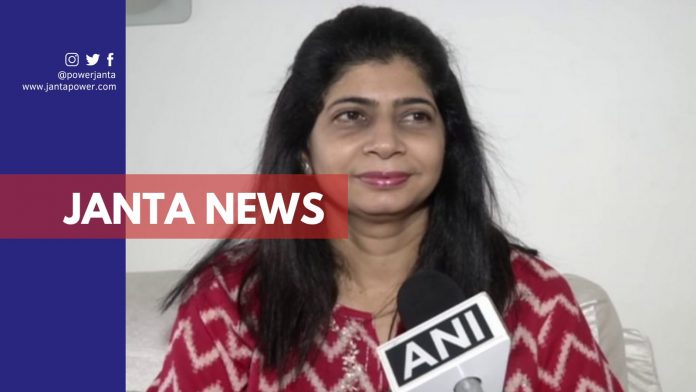 Getting recognition and being viral on social media, all for the good act is what anyone can desire. Bharti Kalra, vice-principal at Sarvodaya Vidyalaya in Rohini got viral on social media platforms after she was honored with Delhi State Teachers’ Award on Sunday, 5th September. The Delhi teacher was conferred with this award for her exceptional and extraordinary work of helping poor students in getting online education during the lockdown.

Bharti Kalra reportedly collected 321 smartphones with contributions from her family members and friends. Then, she gave all those smartphones to the underprivileged children so that they could continue their studies even during the Covid-19 lockdowns.

During an interview to ANI, Kalra said that she was unaware of her nomination for the award as she hadn’t applied for it. She said “I’m truly humbled for receiving this award on the teachers’ day. Whatever I have done, I did it as my duty. But receiving an award is a whole different feeling.”

This Delhi teacher further stated that she felt helpless and miserable when students of her school couldn’t make it to the online classes due to the unavailability of smartphones, laptops, and tablets. She said that this made her think about the initiative of collecting smartphones from family and friends. For this initiative, she asked teachers from her school to contact their families and acquaintances on WhatsApp and ask them for the help of poor kids who can’t afford these resources during the pandemic.

Ms. Kalra stated that it was a tough task to convince people initially as they were not supporting her cause in the beginning. However, later, people came on their own to contribute to her initiative. The Delhi teacher said that she didn’t expect it will become such a huge movement. She further explained how her school contributed to her cause and provided worksheets to those students who couldn’t attend online classes. The school also motivated them to keep studying during the pandemic.

Ms. Kalra is a Delhi teacher of Home Science for 19 years and for the past three years. She is serving as Vice-Principal of Sarvodaya Vidyalaya currently. Also, she is one of the 122 school teachers who got honored this year with State Teachers’ Awards from the Delhi government on the eve of Teacher’s Day.

Kalra alongside Sarita Rani Bhardwaj (a political science lecturer at Sarvodaya Co-ed Senior Secondary School in Mangolpuri) got honored with the “Special Award”. Other than this, Raj Kumar, a music teacher, and Suman Arora, mathematics lecturer were conferred with the new ‘Face of DoE’ (Directorate of Education) awards. Raj Kumar was awarded for promoting Indian classical music amongst young students in his school through different activities, while Suman Arora was given an award for helping five students in clearing IIT Advanced.

ALSO, READ: Why A Teen Treatment Center For Anxiety And Depression Is Important?