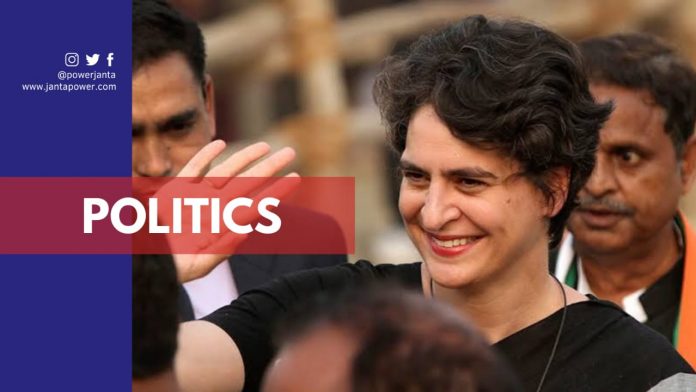 Congress frontwoman for the UP Polls, Priyanka Gandhi Vadra has raised the volume of political discussion in election-bound Uttar Pradesh. According to recent reports, Priyanka Gandhi may jeopardize Akhilesh Yadav’s chances as president of the Samajwadi Party (SP). The former chief minister is eyeing a comeback to power in Uttar Pradesh, relying on anti-incumbency against the Yogi Adityanath administration and a growing anti-Bharatiya Janata Party sentiment among farmers (BJP).

First and foremost, according to reports, the BJP and the Rashtriya Swayamsevak Sangh (RSS) have judged that anti-incumbency and farmers’ outrage over the Centre’s three agricultural laws are among the top obstacles the BJP would face in the Uttar Pradesh Assembly election in 2022.

To tackle these problems, the BJP is expected to deny seats to a significant number of MLAs in the UP elections. This message has diffused among both the government and opposition parties. As a result, the SP and the Bahujan Samaj Party (BSP) have been observed inducting BJP politicians, including MLAs, into their ranks.

The SP, the state’s primary opposition party, believes it has a better chance of regaining power than the BSP. The SP is hoping for a vote consolidation among the Muslim community and among farmers. Meanwhile, the BSP continues to rely on Dalit votes, particularly Jatav votes and is attempting to social engineer the Dalit-Brahmin alliance that helped the party win the UP Polls back in 2007.

In the Opposition camp, Congress has felt mostly sidelined. Both the SP and the BSP have stated repeatedly that they will not form an alliance with a ‘national’ party to defeat the BJP in UP. The SP has already formed a coalition with the Rashtriya Lok Dal (RLD). This appears to be where Priyanka Gandhi intends to hit. She has been critical of both the SP and the BSP, focusing on their respective leaders, Akhilesh Yadav and Mayawati, while framing the Congress as the sole party opposing the BJP in UP.

So far, Priyanka Gandhi has not been observed meeting with Mayawati, but she has had “chance” encounters at airports with both Akhilesh Yadav and RLD leader Jayant Chaudhary in the last ten days. Both encounters were held in full view of the public, and photos of them quickly went popular on social media.

Since 2014, the BJP’s rise in Uttar Pradesh has pushed all of the state’s main parties to the sidelines. As a result, the SP was obliged to form a coalition with Congress in the 2017 Uttar Pradesh elections. The SP won 47 of the 311 seats it sought, while the Congress received just seven of the 114. The BJP won 315 seats in the 2017 UP Polls.

The SP ran against the BSP in the 2019 Lok Sabha election. Only 15 seats were available to the alliance. The Congress, which ran alone, won only one seat, that of Sonia Gandhi, and lost its then-president Rahul Gandhi’s family stronghold of Amethi.

The RLD, formerly known as the party of farmers and Jats, has now sunk to “nothing.” In the 2017 UP Assembly elections, it ran for 277 seats but only won one. It does not currently have an MLA in UP. Farmers’ protests, especially in the aftermath of the Lakhimpur Kheri violence, have reignited support for the RLD in western Uttar Pradesh. This is what makes the RLD a possible spoiler in the future elections for a pan-UP party. The RLD has roughly 100 seats in the 13 districts of western Uttar Pradesh, where it may sway the electoral balance.

The RLD has indicated an ‘increasing’ divide between the SP and the RLD, which has yet to reveal its manifesto for the upcoming UP Polls. Priyanka Gandhi met Jayant Chaudhary at the Lucknow airport a few hours later after the manifesto was issued on the same Sunday. During their two-hour drive, the two leaders allegedly shared opinions.

If the RLD can tie up the Congress, it would be able to get a better deal on the number of seats it can compete in the Uttar Pradesh election than the Samajwadi Party could provide. According to sources, if the RLD joins forces with the SP for the UP elections, it may only receive 30 seats to compete. There are 403 seats in Uttar Pradesh’s Assembly.

Priyanka Gandhi’s “luck by chance” meetings might result in new political realignments in the upcoming UP Polls 2022. The Congress will consider it a victory since Priyanka Gandhi’s efforts ensure that the party remains relevant in Uttar Pradesh politics.

READ MORE: Surprisingly, BJP Is Also Targeting The Muslim Community For The UP Elections 2022