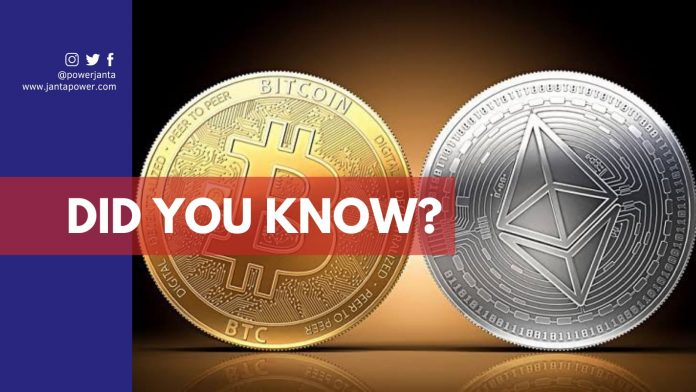 Experts believe that only Ethereum has the potential to surpass bitcoin’s massive market capitalization. Let’s take a closer look at the differences between the two cryptocurrencies and see how their prices can diverge in the future.

Ethereum is an open-source platform that, like blockchain, aids in the development and implementation of decentralized applications. Because of its real-world uses that can store significant value, Ethereum is thought to be a better bet than bitcoin.

The infrastructure of this cryptocurrency allows for the building of new applications. While bitcoin is digital money, Ethereum is a blockchain-based network that also operates the same-named cryptocurrency.

This ETH currency and the ETH blockchain are complementary, and the network tends to favor currency growth by lowering transaction costs. The price of tokens grows as a result of this process.

In a nutshell, Ethereum can ease global payments because it allows other apps to be built on top of its decentralized infrastructure, allowing smart contracts to be executed between diverse parties without the use of any intermediaries.

As a result, we can state unequivocally that bitcoin’s price is far ahead of its younger counterpart, and it still has the first mover’s advantage. However, as the Ethereum network grows stronger, the situation may alter in the future, bolstering the currency’s value.

ALSO, READ: What Is Cryptocurrency? Know Everything About The Indian Crypto Market