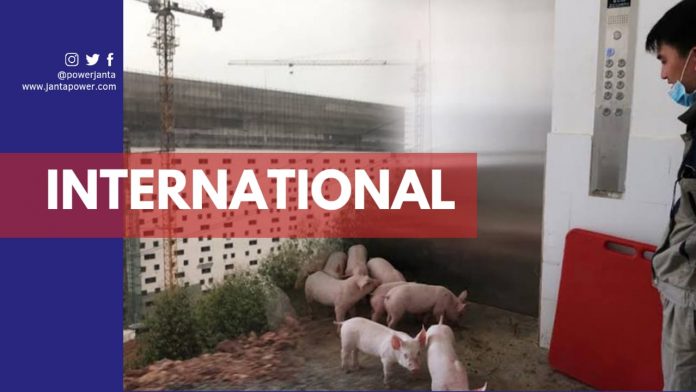 Would you believe if a first-class building was made just for pigs? Yes, that’s what happened here! In southern China, about 10,000 pigs were put inside a 13-story facility. The building has restricted access, security cameras, in-house veterinarian services, and special diets.

So, why this approach? The reason is quite reasonable. The goal of such ‘hog hotels’ is to keep pigs free of diseases. Pigs are China’s one of the major sources of meat.

The COVID-19 virus emerged two years after African swine flu killed off about half of China’s farmed pigs. Meanwhile, African swine fever kills pigs in the same way as Ebola kills people. Hence, this created a major epidemic in China back in 2018.

Within a year, almost half of the country’s herd amounting to more than 400 million pigs had been wiped off. The numbers are equal to the combined yearly output of the United States and Brazil. Hence, the prices skyrocketed and unprecedented imports of meat was inevitable.

Despite the strong measures to store pigs in a building, the virus has continued to be an issue of concern. In 11 instances documented so far in 2021, China’s agricultural ministry in July has reported that almost 2,000 pigs were subjected to forced slaughter.

The ministry stated, “The introduction of novel strains that appear to exhibit milder symptoms and have a longer incubation time is challenging attempts to detect and respond to outbreaks.”

In August 2018, African swine fever was reportedly discovered along China’s border with Russia. It quickly spread to all 31 mainland provinces, municipalities, and autonomous areas in less than nine months which resulted in a devastating slaughter of more than 100 million pigs. A considerable increase in the price of pork (upto 50%) was witnessed. China reportedly consumed about half of the world’s pork supply in 2018. However, more than 95% of it came from local sources.