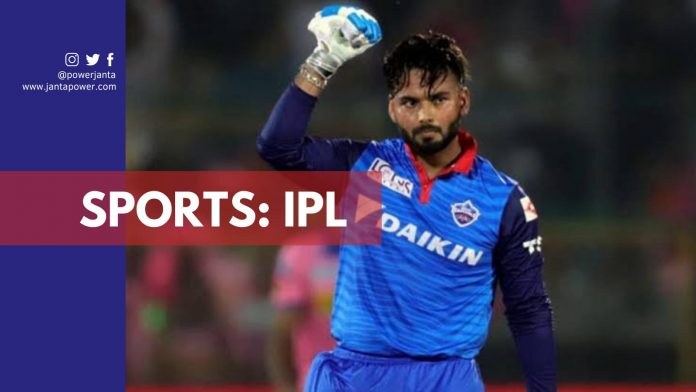 IPL 2021 has restarted with a bang. Today, Delhi Daredevils will face Sunrisers Hyderabad and will resume their campaign as table-toppers, just behind CSK now. Rishabh Pant who replaced Shreyas Iyer earlier as the skipper of Daredevils will lead the team in UAE too. This confirmation put a full stop to all the speculations as Iyer returned back from his shoulder injury to join the DC camp in UAE. Now, all eyes will be on Pant, as the young player led Delhi Capitals to 6 wins in 8 matches before IPL 2021 was suspended.

The talented young player has evolved as a player and skipper. Last year, he was suffering from poor batting form and health issues. But this year, he proved himself as one of the hottest deals of Delhi Daredevils. His skills and form have changed so drastically that the DC management thought of giving him the full-time captaincy of the team.

Ricky Ponting, head coach of Delhi Daredevils said, “Rishabh’s level of maturity in the last two seasons has gone through the roof.” He further added that it will that some very good player to replace him in the Indian team.

While confirming Pant as the skipper of DC, Ponting said, “He has done a terrific job so far (leading DC in IPL). We are all striving for something special. This year we want to go one step further and Rishabh is going to play an integral part in that.”

Talking about the former skipper of Delhi Capitals -Shreyas Iyer, Ponting said, “I am delighted to have him back in the team. He has been an exceptional player for Delhi, a world-class player. It does make our team look a little more complete.”

With passing time, Rishabh Pant has emerged as a great young cricketer. He has a unique aura that draws the spotlight to him. When Virat Kohli announced that he will step down from his position as T20 skipper after World Cup, the speculations and predictions for Pant got started. Many cricket experts and fans believe that the 23- year old, Rishabh Pant would be a great choice to fill the place.

The next three weeks of IPL 2021 will help in deciding Pant’s career graph before the start of the T20 World Cup. Though, many times in his career he has been subjected to criticism, but his evolution as a mature player has put a full stop on everyone’s mouth.

Now as the DC team is gearing up to grab the sparkling IPL 2021 trophy, all eyes are on Rishabh Pant who earlier asked his players to give 15% extra effort to seal the win. Delhi Capitals was runner-up last season. This year, Pant as the full-time skipper will continue the winning streak of DC from the first leg of IPL 2021. Pant enters the competition after a lackluster performance in the India-England Test series, but you never know what Pant can do. Hence all eyes are set on him for today’s match.