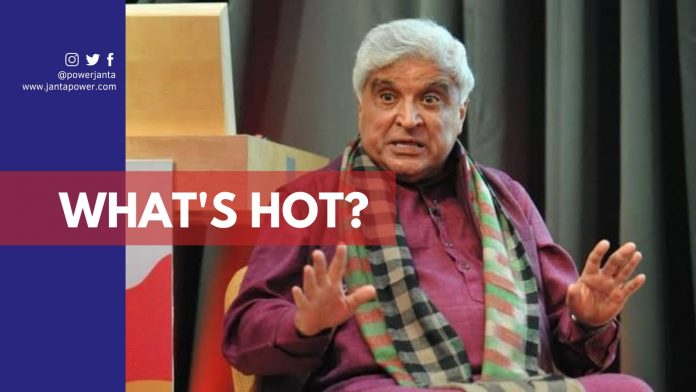 After the formation of the new government in Afghanistan, another problem has aroused for women. Kabul’s interim mayor Hamdullah Namoni has said that the country’s new Taliban rulers have ordered many female workers to stay at home and also they are only allowed to do what men cannot. Now Bollywood’s lyricist and screenwriter Javed Akhtar, known for his bold opinions, has condemned this decision by tweeting.

The lyricist wrote on his Twitter handle, ‘Aljazeera has reported that the mayor of Kabul has ordered all working women should stay at home I expect all-important Muslim bodies to condemn it because it is being done in the name of their religion Where are all those who were till yesterday shouting in defense of 3 talaqs’.

This is not the first time that Bollywood veteran writer has raised his voice and condemned Taliban decisions. Earlier when Sayed Zekrullah Hashimi, Taliban spokesperson stated that women aren’t supposed to run the country or serve in the cabinet and instead their only work is to bear children and stay at home, irked Javed Akhtar. The screenwriter in his two-part Twitter post asked every citizen, democratic nation, and civilized society in the globe to criticize the Taliban for oppressing Afghani women. He further wrote that if the world fails to do so, we should forget about living in a just and humane world.

The Taliban-appointed Mayor, Hamdullah Namoni said that only those females are allowed to work who cannot be replaced. This includes skilled workers in the design and engineering departments and also those women who work in maintaining female public toilets. Further Namoni stated that those women whose work can be done by men need to stay at home until the situation gets normalized. However, their salaries will be paid.

Earlier, the new Taliban government issued several diktats curbing the rights of girls and women. It told middle and high school girls not to come to school for the time being, while schools for boys got opened. University girl students have been told that boys and girls will have separate classes. Also, they will have to follow a strict Islamic dress code in University.

There is no denying that this decision will prevent most female workers from returning to work and is another sign that the Taliban is implementing a harsher interpretation of Islam, including restrictions on women’s public life. The Taliban ruler’s extreme rules and regulations for women show that the Afghani women’s bad and tough days have started. Even though earlier Taliban has promised that their government will be tolerant and inclusive, the reality seems too far from this.