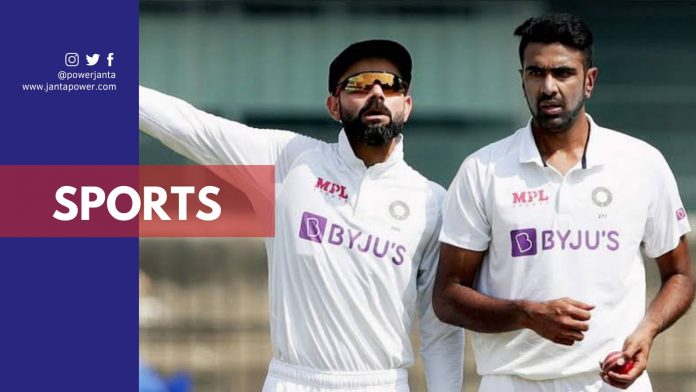 Indian fans and pundits, everyone was really expecting Ravichandran Ashwin to make the starting XI for the fourth Test at Oval. But, alas! The skipper and the management had once again decided to bench Ashwin for the 4th consecutive match against a powerful English side. While Umesh Yadav and Shardul Thakur make the cut, yet no Ashwin on the team – it seems like Kohli’s ego has got more preference than what’s best for the Indian team.

With the series level at 1-1, India supposedly didn’t want wholesale changes. As far as the only spinner of the team, it’s Ravindra Jadeja, not Ashwin. That Ravi Ashwin has 413 wickets and 5 Test hundreds to his name. Not to mention, he is currently ICC’s second-best bowler in the world Test rankings. Reportedly, Kohli would like to stick to the winning core and use the 4 seamers combo against the English side.

A number of fans— including high profile fans like Shashi Tharoor, Venkata Krishna V, Joy Bhattacharjya along with pundit Michael Vaughan couldn’t make much sense of the selection and criticised it on Twitter.

Vaughan wrote: “The non selection of @ashwinravi99 has to be the greatest NON selection we have ever witnessed across 4 Tests in the UK !!! 413 Test wickets & 5 Test 100s !!!! #ENGvIND Madness …” On the other hand, Sashi Tharoor was pretty direct and strongly condemned the decision to remove Ashwin and Shami. “I can’t believe they left out Ashwin again, on England’s most spin-friendly ground. This team is unbelievable. You pick your five best bowlers, @ashwinravi99 has to be the first or second name. Omitting him & @MdShami11 at the Oval is like a death-wish — as if you want to lose!” Tharoor wrote on Twitter.

Meanwhile, Joy Bhattacharjya was a little diplomatic, but it was clear, he didn’t support the decision. “I’m going to stick my neck out and say that I may not agree with @imVkohli & the management’s chosen XI, but I admire their courage & conviction.
The media and fans would have been far easier on them if they had picked Ashwin, regardless of the match result,” Bhattacharjya wrote.

Earlier yesterday, India’s bowling coach Bharath Arun stated that the English batsmen are quite “wary of Ravichandran Ashwin’s abilities” on tracks with “assistance”. It was a hint that there was a good chance of including the senior off-spinner on Thursday morning ahead of the fourth Test. But no! It seemed Ravi Shashtri and Kohli had some real issues with the world’s best off-spinner right now. One user backed the statement by tweeting: “Seems like Kohli and Shastri have some issues with Ashwin or they have taken up all the selection criticism to their ego. There is no logic whatsoever to not play Ashwin and have Shardul, Umesh and Siraj all in the playing XI. Shocking selection! #IndvsEng”

The regular fans mostly blamed Virat Kohli’s ego and alleged that the skipper preferred to satisfy that over doing what’s best for the team. There’s no doubt that Virat Kohli is a world class player. However, the selection has faced massive criticism and that also for obvious reasons. And once again, not going for Ashwin was bound to spark backlash especially over Kohli’s ego. It’s something that is undeniable.

Here are some of the tweets by fans who also agree with our point of view:

● Rajesh Abraham: “Greatest non-selection, ever. For Kohli, ego over everything. #Ashwin’
● Maharshi Thakker: “Have a feeling that just because everyone’s expecting Ash to play in the next test, Virat won’t play him. His ego is going to cost India the series.”
● Sudhankar VJ: “#Kohli and his idiotic ego is damaging both #Ashwin and #India 🤕🤕”
● Ganpy #getvaccinated: “Does Kohli feel threatened by Ashwin? Hope Kohli’s ego doesn’t cost another match for India. #IndvsEng”
● CricketMAN2: “Big players have big egos because, if the Opposition Captain is scoring runs, then Virat Kohli must also be thinking that I should also score a hundred, and make it a big one. I’m hoping the Century comes at The Oval.” – Harbhajan Singh (On his YT channel)
● Kelsier: “No Ashwin again? Can’t stand this egotard Kohli! Won’t be surprised if the batting collapses again.”

What’s done is done. India is already on the crease, batting first and Ravi Ashwin is not in the Playing XI. Major blows have already come to the Men in Blue as both their opening batsmen are taken down. India currently stands at 32/2 with Kohli and Pujara on the crease. The Indian skipper has a lot to prove in this match.

It upto him now to silence the criticism or let them be the burden to bury. Although, we’ll never know if it was the formation preference or it was really Kohli’s ego at stake afterall. Only the two men involved here can speak for themselves! The rest of us? We can only presume!