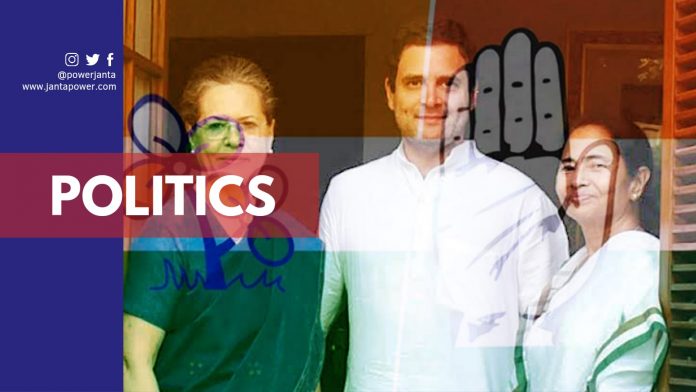 The ‘Chai pe Charcha’ meeting between Chief Minister Mamata Banerjee and Congress President Sonia Gandhi was the most buzzing topic of the town on Wednesday. Two leaders are now building hope to decline the BJP in the general elections in 2024.

The visuals we got after the end of the meeting, which was attended by Rahul Gandhi also attended, ended on a positive note. Sonia Gandhi and Rahul Gandhi both came to welcome Banerjee. Speaking to reporters outside 10 Janpath, Mamata Banerjee said “Sonia Gandhi had invited her for tea at her residence, and we discussed several issues” during the meeting”.

“Sonia ji invited me for a cup of tea and Rahul ji is also there. We discussed Pegasus and the Covid situation in the country. We also discussed the unity of the opposition. It was a very good meeting, positive meeting. To defeat the BJP, everybody needs to come together. Everyone will have to work together,” Ms Banerjee said after the 45-minute interaction with Sonia Gandhi, with whom she has always had cordial ties.

The Bengal Chief Minister, in Delhi for five days, also met with senior Congress leaders Kamal Nath and Anand Sharma. After the Gandhis, Ms. Banerjee also scheduled a meeting with Delhi Chief Minister Arvind Kejriwal. Since her Bengal victory, Mamata Banerjee has developed as a pivotal figure in the opposition’s efforts to consolidate anti-BJP forces ahead of the next general election. In Delhi this is for the first time after the win, the Chief Minister lined up meetings with several key opposition leaders.

“Poore desh me khela hoga. It’s a continuous process… When general elections come (2024), it will be (Prime Minister Narendra) Modi vs country,” she told reporters.