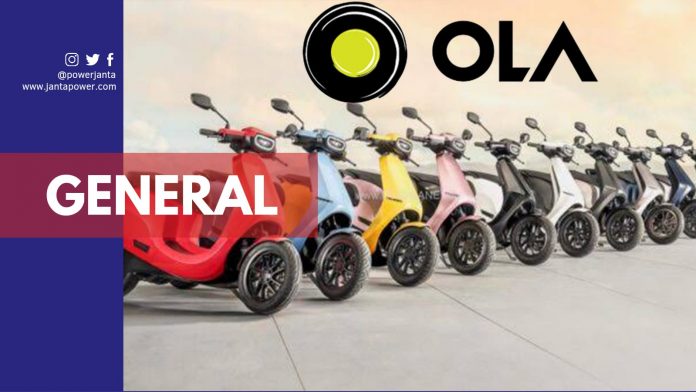 The Ola electric scooter finally has a launch date as it is scheduled to be launched on India’s 75th celebration of independence. The company has planned to launch its electric scooter on 15th August. At the time of the scooter’s launch, Ola Electric will disclose all of its specifications and details.

Bhavish Aggarwal, the chairman and Group CEO of Ola, confirmed the launch date of the e-Scooter on his Twitter account. The vehicle would have a range of 100-150 km on a single charge. ”Planning a launch event for the Ola Scooter on August 15. Will share full specs and details on product and availability dates. Looking forward to it,” he tweeted.

Ola started reservations for the electric scooter for Rs 499 on July 15. In 24 hours, the company received 1 lakh bookings. According to the teaser from Ola Electric, the e-scooter will have the ‘best in segment’ features.

The recent increase in e-two-wheeler sales in India proves that the demand for electric two-wheelers has risen significantly. Several states, including Maharashtra, Delhi, Gujarat, Tamil Nadu, Andhra Pradesh, and Telangana, have applied their own EV-friendly policies, including sizable incentives for EV buyers, particularly two-wheelers.

According to Ola, the Ola electric scooter will have features such as: “class-leading speed, unprecedented range, the largest boot space, and advanced technology that makes it the best scooter customers can buy.”

It is reasonably priced to make it easily accessible for the common people of India. In the coming days, Ola Electric will disclose the features and price. The company recently raised $100 million in long-term debt from the Bank of Baroda to complete the first stage of development. It will be used for manufacturing electric two-wheelers.

ALSO, READ: Zomato Plans To Turn Its Entire Delivery Fleet To Electric By 2030