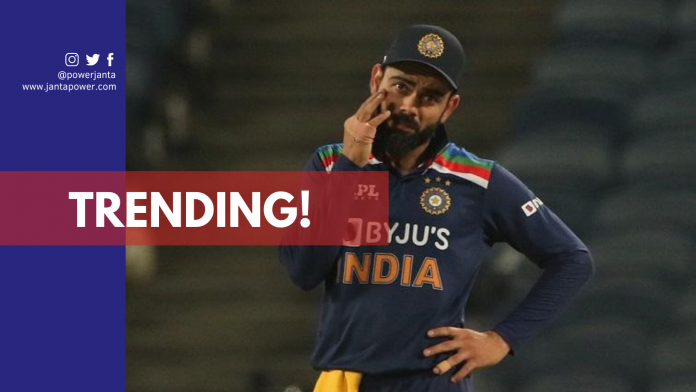 The rumors were true after all. Sure, not entirely but the central theme remains the same! Virat Kohli has decided to step down from the captaincy position right after the upcoming T20I World Cup. The tournament is scheduled to start in October in Dubai. The current Indian skipper confirmed the news on Instagram. He left an emotional note while appreciating everyone’s support including the fans.

As speculations go, the current vice-captain and the captain of Mumbai Indians, Rohit Sharma will be succeeding Kohli after the T20I World Cup. The decision was somehow inevitable as there was constant criticism against Kohli. In fact, he has been struggling with the bat for a long time as well. Kohli hasn’t hit a century since 2019.

In his post on social media, Virat Kohli stated that it was the right time to step down and he consulted with head coach Ravi Shastri and teammate Rohit as well.

“Understanding workload is very important thing and considering my immense workload over the last 8-9 years playing all 3 formats and captain regularly for last 5-6 years, I feel I need to give myself space to be fully ready to lead the Indian Team in Test and ODI cricket.”

“After a lot of contemplation and discussions with my close people, Ravi bhai (Ravi Shastri) and also Rohit (Rohit Sharma), who have an essential part of the leadership group, I’ve decided to step down as the T20 Captain after this World Cup in Dubai in October,” Kohli wrote.

Despite Kohli stepping down from the role, it is undeniable that he was the most successful Indian captain in terms of stats. However, his failure to keeping his ego aside, and not winning any international trophy was bound to make him step down sooner or later.

ALSO READ: Virat Kohli As A Test Captain: Did He Fail Despite Being The No.1?