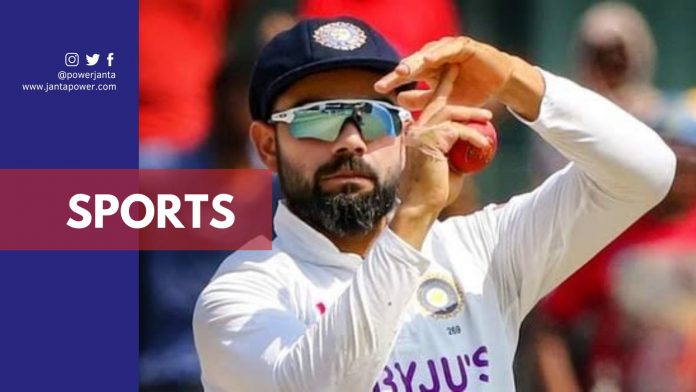 Kohli has recently surpassed Mahendra Singh Dhoni by being the captain who has led the Indian cricket team in most Test matches. He has the highest winning ratio as an Indian Captain in Test, ahead of Dhoni and Sourav Ganguly. But Virat Kohli as a Test captain, is he really the number 1 as the stat suggests?

The two most competitive teams in the cricket world; India and England are currently facing each other in a 5-match Test series where both teams are standing in a tie. Even though Kohli’s luck shined in the 3rd Test when he won the toss, but in the end, the match was eventually lost. This time the test itself begins as usual with Virat Kohli losing the toss. However, the question on Virat Kohli as a Test captain was not due to him losing consecutive tosses. This matter is much severe.

Benching Ravichandran Ashwin in 3 matches, then losing the 3rd Test miserably, everyone expected him to finally make the starting Xl for the fourth Test at the Oval. However, once again, the management and the SKIPPER decided to bench the world’s no. 1 off-spinner against England who also happens to have 5-hundreds to his name.

Yes, sure! Umesh Yadav and Shardul Thakur made the cut. Yes, Shardul Thakur played very crucial innings and Yadav took out one of the English openers. True. But is it the point? Shardul scoring runs is not something India should rely on. It seems as captain Kohli prefers his ego to what suits best for the Indian team. Jadeja was given more preference as the spinner of the team over Ashwin. The question is not on the ability of Jadeja, but on Virat Kohli as a Test captain.

Kohli was essentially India’s most impressive commander. The focal point of each showcasing effort for Indian cricket. There was never any doubt about his batting prowess either. However, the way things are moving forward and his urge to satisfy his ego at any cost, that’s alarming.

It’s been said that Kohli and Ravi Shastri’s twinning with Ashwin (the world’s best off-spinner) did not go well. It can be his game plan to use 4 seamers or maybe it was the captain’s ego due to the criticisms he faced for not including Ashwin in the team – Either way, it is a fault in team selection. No matter what the circumstances, Ashwin will always have something to contribute to the team.  And excluding him was not a bright idea.

According to some of the tweets of the fans, the blame falls upon Virat Kohli as a Test captain. The skipper did not get along well with Ashwin and therefore, he chose his ego other than thinking about what’s best for the team. Even if it’s not the case, not understanding the requirement of the team and not playing your best card, can’t be considered as a good leadership example.

Inability to Score Runs in Test Cricket Since 2020

Except for his innings of 74-runs in the Day-Night Test against Australia last December, Kohli has not scored in excess of 20 runs in any of the leftover five innings in away Tests since the beginning of 2020. Indeed, since 2020, Kohli’s batting average has slipped to 19.33 in Tests abroad which is the most reduced among 63 batsmen to have confronted 250 balls or more.

Shockingly, Kohli has been out at the wicket for under 50 balls in five innings out of six since 2020. Moreover, his commitment extent has been under 10% in away Tests for India since 2019. It is the 6th least among 48 batsmen who have confronted in excess of 100 overs in away Tests since 2019. Also, how can he forget his tendency to get dismissed on off-side deliveries? It has become such a regular thing that it’s now a meme!

Sure, if he doesn’t score in 3-5 matches more, it won’t be affecting his batting average. After all, as a batsman, he is truly the best in the world. But when it’s about Virat Kohli as a Test captain, eyebrows will be raised. Ego, personal issues, and grudges, these things shall not come in between the national duty. Virat Kohli must understand that or soon, Rohit Sharma will be knocking on his front door despite him being the most successful Indian skipper in Test cricket.