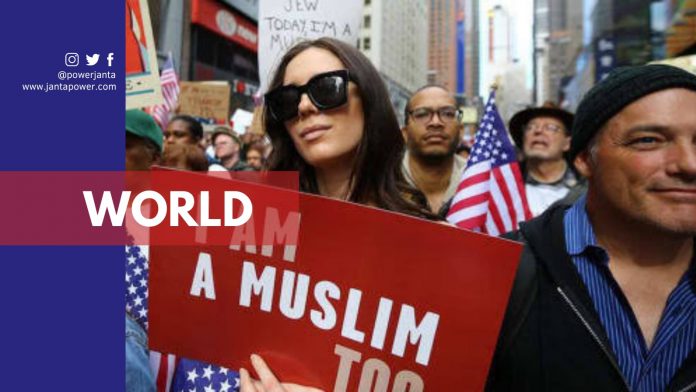 Today we mark the twenty years of 9/11, a horrific incident that took place in America and shocked the entire world. Two decades ago, on this day, 19 terrorists of al-Qaeda hijacked four passenger planes and launched them as missiles over Twin Towers and the Pentagon. The attack killed approx. 3,000 people and left a thousand others injured.

The terrorists were Muslims who were on a single mission of ending human life on American soil. They did what they wanted in the name of Islam, but it caused severe discrimination and hatred amongst people towards other Muslims. Especially, the innocent ones. Americans started treating every American Muslim as a terrorist. Even today, American Muslims are tolerating racism and hate-filled violence.

Rise of Islamophobia in America after 9/11

After the 9/11 attack, there was a rise in Islamophobia in American. According to a report, in 2000, there were only 28 hate crimes against Muslims recorded in America, while in 2001 it rose to 481. Muslims spoke about being shamed, tortured, and physically and mentally assaulted in public.

Recalling one of the incidents in 2001 after the attack, Shahana Hanif (then 10 years old) said that she and her sister were called “terrorists” by a passerby in a car as they were wearing hijabs. There were thousands of similar incidents of racism, hatred, and violence against Muslims in America. After weeks of the 9/11 attack, 3 people were killed due to Islamophobia. Balbir Singh Sodhi, a Sikh was mistaken as Muslim due to his turban and was killed in Arizona. On the same day, two men Waqar Hasan and Vasudev Patel were shot dead in Texas as the culprit wanted to take revenge for 9/11.

After the 9/11 attack, Muslim communities were put under government surveillance in their mosques, schools, homes, places of work, and other public places. Many Muslim women stopped wearing hijabs in hope that they will not be subjected to domestic terrorism by some ignorant strangers.

Even after the 20 years of 9/11 attack, the hatred and animosity towards American Muslims haven’t stopped. The anti-Muslim sentiments that got fueled after 9/11 persists to gravely affect the Muslims in the USA. In a 2017 survey, it was found that 75% of Muslim Americans agreed that there is a lot of discrimination and racism against Muslims in America, while 48 % responded that they had experienced at least one incident of discrimination in the last year.

Across the United States, Muslims have spoken out continuously about how they are treated at airports, at public places, workplaces, how they are given names like “terrorists” and how they are looked upon with suspicion.

In a 2020 survey from Mogahed’s organization, it was found that Muslim American as compared to other groups faces most of the religious discrimination and bias at the airport, when applying for a job, getting medical care or when interacting with law enforcement. A recent poll by Associated Press-NORC Center for Public Affairs Research pointed out that 53% of Americans still hold unfavorable views toward Islam and Muslims.

All these surveys and data show that American Muslims are still suffering from discrimination and hatred fueled after the 9/11 incident. Though the population of Muslims has increased in America, yet they are continuously fighting to prove their identity and nationality.

Many Muslim Americans are taking steps towards creating awareness amongst people about the real Islamic beliefs and teachings. They are trying to change the perceptions that Americans and the world has towards Muslims. People from Muslim communities in America are working to prove that neither all Muslims are terrorists nor the Islamic beliefs teach to kill people and disrupt world peace.

ALSO, READ: Taliban Will Raise Voice For Muslims In Kashmir: Know Why!