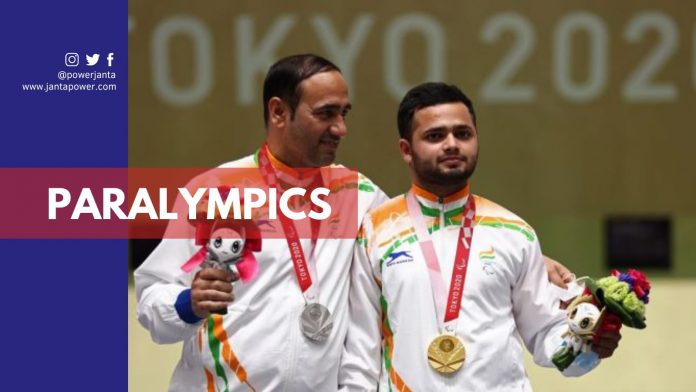 Shooter Manish Narwal won India’s third gold at the Tokyo Paralympics while compatriot Singhraj Adana clinched the silver in the P4 Mixed 50m Pistol SH1 event here on Saturday. Hats off to the 19-year-old Narwal who today shot a total of 218.2, a Paralympic record, to claim the yellow metal. On the other hand, Adana who won the bronze in the P1 men’s 10m air pistol SH1 event on Tuesday, added a silver to his kitty with an effort of 216.7.

Kareena Kapoor Khan shared a picture of Manish Narwal’s victory captioned it stating, “Such a proud moment”. She further added a gold medal smiley on the post. Taapsee Pannu also wrote an article about Manish Marwal’s winning the gold medal at the Tokyo Paralympics and captioned it “Bull’s eye I must say. A gold and a silver coming home !!!!! Manish Narwal and Singhraj Adhana.”

Abhishek Bachchan also took to his Twitter handle to tweet, “The glorious performances continue! Congratulations #ManishNarwal and #SinghrajAdhana for winning #gold and #silver, respectively, at #TokyoParalympics.” Take a look at The Big Bull actor’s tweet.”

ALSO READ: “Building My Own Shooting Range”: Singhraj Adhana On His Paralympic Win