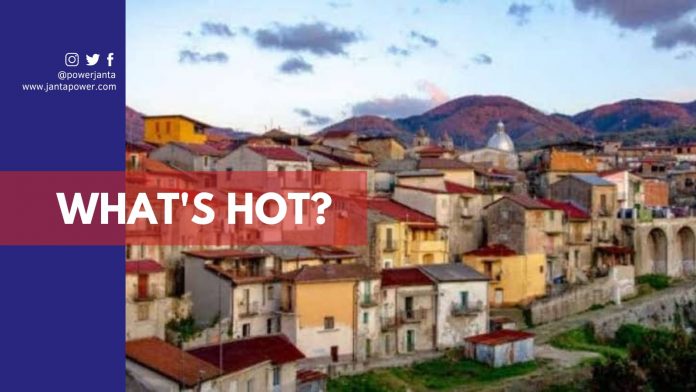 Can you believe it? Full-blown houses for just Rs 87!!! Yes. It’s true. Maenza city, the town of Italy is currently offering unbelievable discounts on homes. The authorities have declared that now people can buy a house for as low as 1 euro (₹87 in Indian currency) here in Maenza city.

However, there is a small condition. Whoever buys the house will have to renovate and restore it. Not a bad deal at all.

Maenza is located 70 kilometres south of Italy’s capital Rome. It has reportedly become the first in the Latium region to start selling homes at such a low cost. The scheme of selling houses at cheap rates was launched by the Italian government last year. The goal was to help stabilize the decreasing population in villages.

The town comes with beautiful natural scenery all around. On top of it, Maenza has a long history of being home to fiery tribes. The village is located high up on the wild Lepini hills south of the capital. Maenza is the latest village to join Italy’s “One Euro Home Project”.

The Mayor of the village, Claudio Sperduti stated that the plan was to breathe new life into the quiet alleys of this small town. “We’re taking it one step at a time. As original families get in touch and hand over to us their old houses, we place these on the market through specific public notices on our website to make it all very transparent,” Sperduti told CNN.

According to media reports, there are about 100 neglected properties in Maenza. All these houses are in need of restoration. The offer is valid for specific houses till August 28. However, the mayor has assured every that more such properties will be made available soon.

A person who buys the house does not have to live there but has to submit a plan about how they want to use it. The initial deposit will be €5,000 (about $5,840), which will be returned once the property is restored.