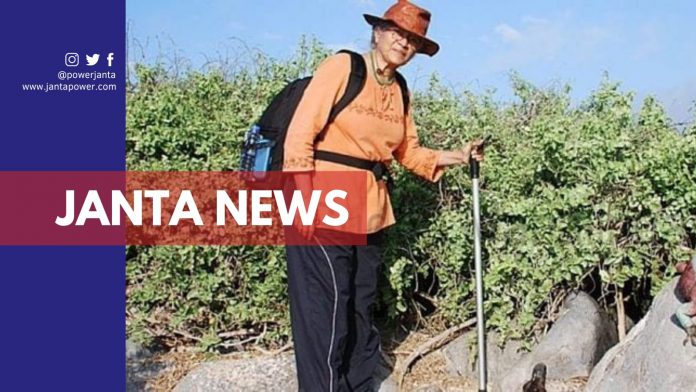 We all have some similar desires and dreams but the most common one is to travel to our favorite places. Whereas some humans make traveling a priority of their life and trek the whole world. It is also a kind of stress-buster from our daily routine life. 70 years old Dr. Sudha Mahalingam is a solo traveler from Chennai who listed her name in the people who are the severe victims of wanderlust.

Mahalingam travels to 66 countries in the last 25 years. 25 years ago most of the countries are not safe for women but she brakes every myth and social norm that work as a hurdle and travel 66 countries solo.

According to solo traveler Mahalingam, guidance from a guide makes our perspective narrow. Therefore, it reduces the chance of exploring new places. They don’t show you the places what you want to see but they only show you according to the package or their want and comfortability

She is not interested in only traveling and seeing famous places. Her preference is looking for a thrill in every adventure. Mahalingam is also interested in travel photography and travel writing. She has a blog named Footloose Indian and a book named ‘The Travel Dogs Must Be Crazy’. She completed her higher education in the field of energy. Hence, she does research and delivers lectures at premier institutions of India.

In an interview with CNN, Mahalingam told that “many years ago she used to travel with her husband when he was alive. But he was not interested in exploring the things and places. So she travel and explore the city with guide”.

In the early days, the trips of this solo traveler were unplanned. Why? Because she only used to go on a trip with her husband. Therefore, these unexpected and unplanned things became her habit. This habit created many problems in her early days of traveling. For instance, without a valid visa, she was landing in the Czech Republic. Or in Iran, she was accidentally locked in a monument. And in China finding vegetarian food was so challenging and many other situations like this. But these problems were never looked at as problems. These were more like the thrills Mahalingam always wanted in her trips.