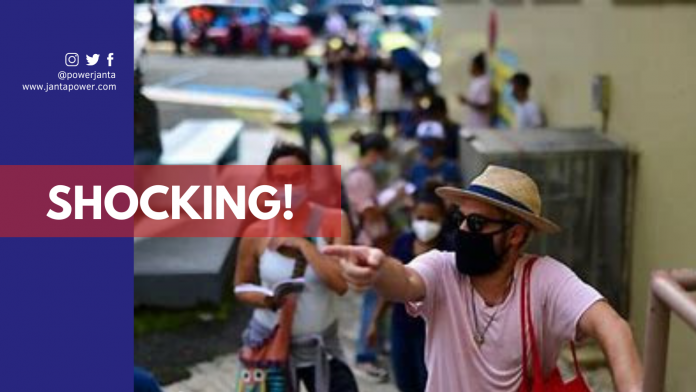 The world is still fighting against the Covid-19 pandemic. The deadly virus took the lives of lakhs of people around the world and continues to do so. Now a study revealed that several covid-like infections can start a new pandemic and again can risk thousands of lives.
According to a study, animals harboring coronaviruses related to the one that causes Covid-19 may infect millions of people each year in China and Southeast Asia, highlighting the continuous pandemic threat from spillover occurrences.

Researchers from the EcoHealth Alliance and Singapore’s Duke-NUS Medical School said in a study released on Thursday before peer review and publication that an average of 400,000 such infections occur each year, with the majority going unnoticed because they cause mild or no symptoms and aren’t easily transmitted between people. The study pointed out that each spillover gives a chance for viral adaptability, perhaps leading to Covid-like infections that can cause another pandemic.

The discussion over where and how the Covid virus developed has become particularly heated. Some politicians blamed a hypothetical leak from a pathogen-research lab in Wuhan, China for the spread of the covid virus. However, the study which was supported by the National Institute of Allergy and Infectious Diseases in the United States stated that the primary hosts for viruses such as SARS-CoV-2 are bats and individuals who live near their roosts are more vulnerable to get infected.

Edward Holmes, an evolutionary biologist at the University of Sydney said, “This is probably the first attempt to estimate how often people are infected with SARS-related coronaviruses from bats. Humans are continually exposed to bat coronaviruses. Given the right set of circumstances, one of these could eventually lead to a disease outbreak.”

According to the researchers, this method provided proof of concept for a systematic risk assessment of wildlife-to-human spillover events, as well as a strategy for identifying key geographic areas for targeted wildlife, livestock, and human surveillance.

Almost two dozen bat species that can be infected by coronaviruses live in a region of Asia that is more than six times the size of Texas, with southern China and parts of Myanmar, Laos, Vietnam, and Indonesia considered the most at risk for virus spread.

Theories related to the spread of Covid-19

It’s been almost two years since the deadly covid virus emerged from Wuhan, yet scientists are trying to determine what caused the pandemic. Some people believed that China has developed the Covid-19 virus in its lab and spread it intentionally. Though no evidence supporting the lab leak theory has been found yet. Peter Daszak supports the theory of wildlife sources and according to his study, 50,000 bat-to-human spillover incidents occur on average each year in Southeast Asia, with the number potentially reaching millions.

Other than bats, animals like mink, civets, raccoon dogs, and other mammals commonly farmed and traded for food and fur in Asia are intermediaries of several viruses. yes, COVID-like viruses can emerge from here as well. According to a recent study, around 478 million people live in an area inhabited by coronavirus-carrying bats in Asia, which includes most of Laos, Cambodia, Thailand, Vietnam, Nepal, Bhutan, peninsular Malaysia, Myanmar, southeast China, and Indonesia’s western islands.

Delta Variant Can Infect the Vaccinated People As Well: ICMR

Get Your COVID-19 Vaccination Certificate on WhatsApp