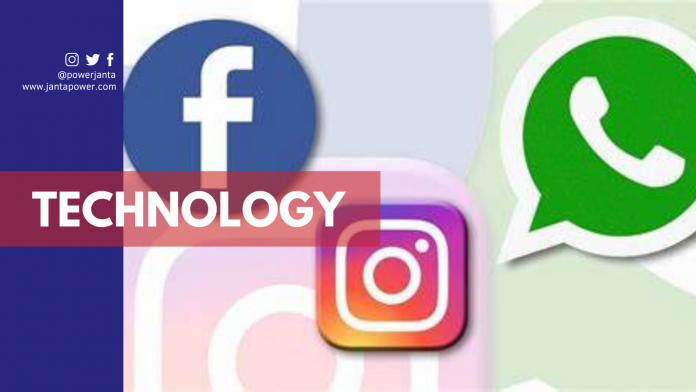 On Monday, social media behemoth Facebook and its family of applications Messenger, WhatsApp, and Instagram were in global outage for around six hours, in what was one of the longest outages for Facebook at a group level. Users claimed that the three Facebook-owned platforms were down in various regions of the world on Monday night. People on Twitter claimed that these platforms were unreachable starting around 9 p.m. IST. While there were rumours of a hack on Facebook’s infrastructure, the company has stated that the outage was caused by a configuration error.

Andy Stone, Facebook communications executive, took to Twitter at 9.37 p.m. India time with the following message: “We’re aware that some users are having difficulty using our applications and services. We’re working hard to restore normalcy as soon as possible, and we apologize for any trouble this has caused.”

The Reason behind the Worldwide Social Media Outage

Even though no official notifications were made in the early hours of the outage, it was thought that the Facebook server was under attack. During this period, there was also talk about hacker involvement and data breaches on the internet.

However, later Facebook, the parent firm of all three social media behemoths, released a statement in response to millions of users’ concerns and stated that internal networking troubles prompted the global outage. A blog post by Facebook revealed that Facebook’s engineering teams discovered configuration changes to the backbone routers that coordinate network traffic across the company’s data centers. This created issues that disrupted communication. In plain terms, Facebook’s machines were unable to communicate with one another due to a DNS (domain name system) problem.

DNS can be explained as the internet protocol that converts words like Facebook.com into a language that computers understand i.e. numbers or an internet address. It converts data and directs users to the services and applications they requested. When this service is down, the other services appear to be down, but in reality, they are simply inaccessible.

Not the First Social Media Outage in Recent Times

That’s true. This incident of global outage of social media platforms is not for the first time. The Facebook family of applications experienced a severe outage in March 2021, when the services were unavailable for about 45 minutes. Previously, there had been four major WhatsApp outages in 2020, the most recent of which happened in January and lasted nearly three hours. Following that, an outage occurred in April, in July (for two hours), and a brief outage in August. In 2019, Facebook experienced its longest outage in history, with the social media platform unavailable for nearly 24 hours.

What do these outages indicate?

We have noticed in recent times that there is an increased number of incidents related to internet outages. ThousandEyes, a network-monitoring service operated by Cisco Systems Inc, reported 367 global internet disruptions in the week ending September 26, marking the third consecutive week of rising outages. Although the internet was designed to be a decentralized system of networks, analysts claim that a small number of infrastructure businesses like Akamai, Fastly have become centralized centers offering services to key internet platforms. After the covid 19 pandemic, this became more relevant. Hundreds of businesses, both large and small, have increased their digital efforts and presence.

Facebook dismissed the allegation that hackers had gained access to WhatsApp, Facebook, and Instagram servers. Some security team members of the company claimed that the interruption was not caused by a cyber-attack as the applications’ technology was still diverse enough and a single hack would not likely affect all of them at the same time. Also, Facebook claimed that no user data had been compromised. Several small firms were affected, and e-commerce was also hampered during the outage. People were unable to communicate essential information and were forced to rely on other applications like Twitter.