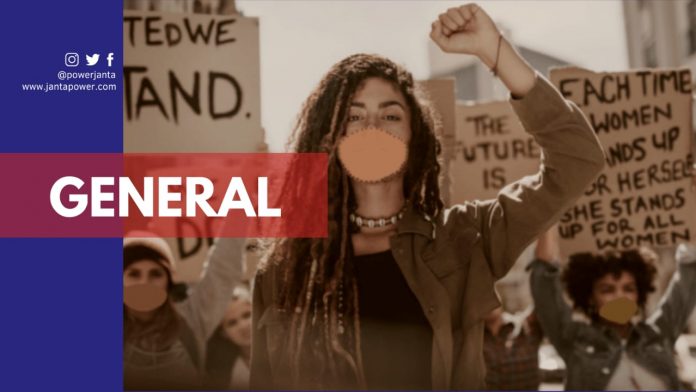 Feminism has multiple meanings, people in society often tend to perceive these meanings differently. Feminism, however, is responsible for the advocacy of equal rights for women concerning equality among other sexes. Feminism just seeks to attain educational, cultural, and political rights for women so that women can stand on their own feet and be self-reliant.

However, nowadays the definition and the true value of feminism is perceived in a wrong way, females themselves misuse the authority of the term and wrongfully use it in a manipulative way towards the people of another gender.

Gender roles play an utmost integral part, whenever we first hear about equality. Gender roles are based on the different expectations and beliefs that individuals, groups, and societies have of their respective individuals based on their gender identity.

Gender roles are the product of the interactions between individuals and their environments and every. Every individual’s cues about what sort of behavior is believed to be appropriate for a specific gender.

Appropriate gender roles are defined as ones that empower both the sexes with equality of opportunities and duties, which would actually help the workforce development of a nation.

Gender equality is likely to give empowerment a more nuanced definition primarily in a country like India. Gender and equality are two major things that are widely discussed in every Indian household.

Gender equality has now been reduced to two specific genders but now has enlarged to the LGBTQ COMMUNITY, which through collective efforts and unity has paved their way towards this gender hierarchy.

Feminism now just means to demand more rights, more opportunities without being on an equal front with others. Toxic feminism or Pseudo feminism just believes in respecting other people less and believes in self supremacy.

Pseudo feminism tries to push down the male class by snatching away their opportunities. A true and real feminist will not be proud of what pseudo feminism means and does for society.

This toxic side of feminism just fights for a world where only women can rule and if any transgression occurs women can easily get away with all of it.

In domestic cases too, true feminists believe in dividing household work 50-50 and take care of their family according to their will. However, pseudo feminists feel that women who do household chores along with their jobs are actually slaves, they feel that cooking, cleaning, and maintaining hygiene is a really sexist thing to do.
Such acts by pseudo feminists convey a wrong gist to the society, instead of parting jobs equally, they teach people to be hateful towards the other gender and simply ask them to do all the work.

In the economic sphere, being financially independent, demanding equal pay for equal work is what real women supporting feminism does. Here also, pseudo feminists believe that just because, they are women and have been exploited by men for a long time, they should receive more monetary dependence from men and in jobs too they should receive a wage higher than that of men or other class genders.

The famous Me too movement where women share their cases of sexual harassment on Twitter can be of use if used the correct way, however, just in order to seek attention, women supporting pseudo-feminism, have tried to tarnish the image of many famous personalities.

False me to cases can be really damaging physically, mentally, and emotionally and leads to a rising suspicion towards the person even after knowing that it was false. Loss of job and opportunity is also an effect of this, People like Ansel Algort, Sushant Singh Rajput, MJ Akbar, Alok Nath, have been falsely accused and this has led to heavy loss in their work. Many lost the banner of work, whereas some were heavily scrutinized.

Recently, an Instagram influencer, Hitesha accused a zomato delivery boy of physical assault, she made a minute-long video justifying what happened.
People were coming together in support of the women and due to which the Zomato executive was suspended from his job, but later after the entire investigation, the Zomato delivery guy was actually innocent and the woman did all of it to just get free delivery.

The delivery executive filed a police complaint against the influencer and now the matter is under sub judice.

Although women have been victims of misogyny, sexism, discrimination, this doesn’t mean, that some groups of women take advantage of the situation in wrongfully acquiring more than what is considered to be equal.

Women supporting pseudo feminism should keep in mind that they can openly pursue their dreams become leaders and administrators for society but shouldn’t label every man as bread snatchers, rapists, stalkers, or assaulters

Some instances and events may not be in favor of the male gender, however, it doesn’t make the entire section of the gender as offenders. Pseudo-feminists have been snatching freedom from people of other gender and now due to this, feminism has lost its essence and just because of this, the work of true feminists has depreciated.

It takes several ounces of effort to build a future with a common goal of equality with the help of people of other genders and is extremely tough to make a sphere in society that sustains in this fragile state of affairs.
Feminism must not be misused as women still are suffering and no one will help or trust them if such false feminism cases continue due to pseudo-feminists.

Feminism and equality are two nuanced concepts that should be brought to life not only for personal needs and importance but for the welfare, usability, and stability of our entire society.

ALSO READ: WADIA: The Tiny Village Of Gujarat Where Prostitution Is A Tradition