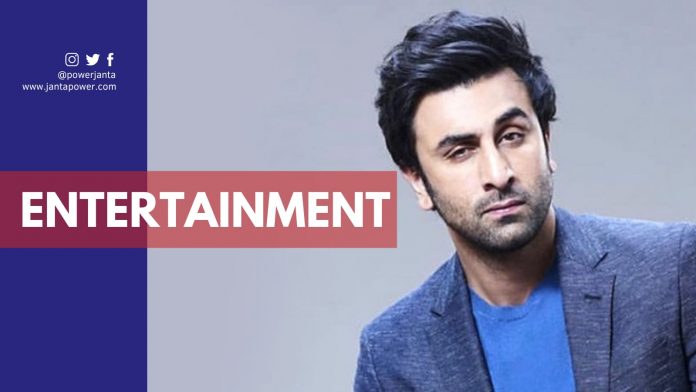 The “Rockstar” of Bollywood, Ranbir Kapoor is celebrating his 39th birthday today. Born on 28th September 1982 to popular actors Rishi Kapoor and Neetu Kapoor, Ranbir is one of the most loved Bollywood celebs in the country. The Kapoor lad made his debut on the big screen from Sanjay Leela Bhansali’s film “Saawariya” along with Sonam Kapoor. After the film was released, he instantly got famous for his acting, good looks, and love life.

Ranbir has a playboy image amongst the audience as he had dated a string of Bollywood beauties. Some of his relationships were serious, while others were just flings.
Let’s have a look at Ranbir Kapoor’s dating history:

One of Ranbir’s most serious and publicized relationships was with Deepika Padukone. Both the actors debuted in the same year with their respective films. While shooting together for the film “Bachna Ae Haseeno”, both developed feelings for each other. During the marketing of the film together, both the actors did not shy away from discussing their romantic relationship. Some believed it was just a publicity stunt. However, the duo proved that their relationship was more than simply a publicity gimmick for a single film.

The relationship lasted few years, during which Deepika showed her commitment by getting Ranbir’s name initials- RK-tattooed on her neck. However, she removed it after their breakup. Both the actors were not on good terms after breaking up, but after few years they built a friendship bond and worked together in films like Yeh Jawaani Hai Deewani and Tamasha. Even they started hanging out together in groups and with their current partners Alia Bhatt and Ranveer Singh.

After parting ways with Deepika, Ranbir got into a relationship with another leading lady of Bollywood, Katrina Kaif. Both started dating since their 2011 film, Ajab Prem Ki Gajab Kahani. They were together for 6 long years before breaking up in 2017. The reason behind their breakup is not known, however, the duo worked together for Anurag Basu’s film “ Jagga Jasoos.”Both the actors have moved on in their lives and found their new partners- Ranbir found Alia, while Katrina is rumoured to be dating Vicky Kaushal.

Not so famous relationships and link-ups of Ranbir Kapoor

Before making it big in Bollywood, Ranbir has dated actor Imran Khan’s former wife Avantika Malik in his college days. It is being rumoured that both dated for 5 years before parting ways. Also, there was speculation of him dating designer Nandita Mahtani, who is currently dating actor Vidyut Jammwal.

After his debut in Saawariya, his name was also attached to his co-star Sonam Kapoor. It is said that both started dating at the set of the movie “Black”, where they were working as assistant directors. Ranbir’s name was also linked up with Priyanka Chopra during their film “Anjaana Anjaani”.

After Ranbir’s breakup with Katrina Kaif, Alia Bhatt entered his life to stay forever. Bollywood’s current most favourite Jodi is seen together on romantic vacations, family functions, parties, award shows, etc. Alia always admitted to having a big crush on Ranbir when both of them were not committed to each other.

Alia and Ranbir are currently spending their intimate times in Jodhpur to celebrate the latter’s birthday. There are rumours of both getting married soon. Even in an interview in 2020, Ranbir said that both of them could have got married if there was no coronavirus pandemic in the country. Ranbir’s mother, Neetu Kapoor is also very fond of Alia and has accepted her as her future daughter-in-law. Alia and Ranbir’s dream bungalow is under construction in Bandra. Presently, the duo is in their happy space.
We are waiting to hear the wedding bells ring soon.