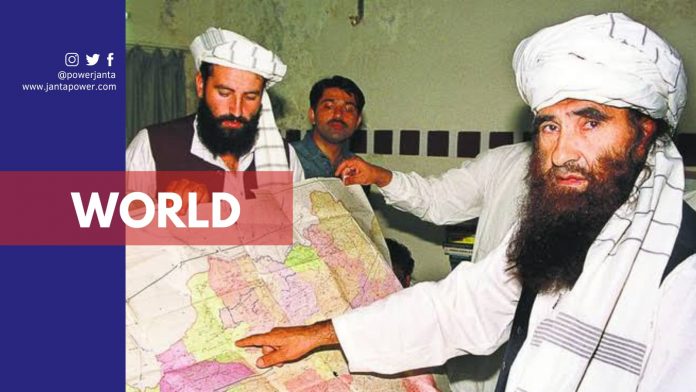 The New Taliban government announced its cabinet and four members of the Haqqani group were included in the ministry, on Tuesday. The head of the Haqqani group Sirajuddin Haqqani was nominated as the Interior Minister. Isn’t it clear proof that Pakistan’s grip on the Taliban-run government? And this is a serious concern for India.

Haqqani network is a Pakistan-linked terrorist group because Pakistan always provides them a safe haven to hide their head after any fight or terrorism-related activity. Jalaluddin Haqqani, the warlord against the Soviet army was the founder of the Haqqani group. This group is on the list of most-wanted terrorism groups for the FBI and many other investigative agencies.

48 years old Sirajuddin Haqqani, son of Jalaluddin Haqqani still most wanted in FBI’s list has a bounty of US$ 10 million on his head became Interior Minister of Afghanistan. This is a direct slap on America’s face. Najibullah Haqqani, who was listed as a terrorist by the UN in 2001 is the new communication minister in Taliban led government. Khalil-Ur-Rehman Haqqani uncle of Sirajuddin is the face of the Minister for Refugees. He was listed as a terrorist in 2011 by the UN. Sheikh Abdul Baqi Haqqani is the new Higher Education Minister. On a question of girl’s study, Abdul Baqi told in a press conference that “under the rule of Shariah every educational activity will take place”.

Who were Haqqanis and their relations with Pakistan?

Haqqanis had a history with ISIS, AL-Queda, Osama bin laden, and another foreign Jihadist group. In the Soviet-Afghan war, the Haqqani group was the most favored CIA funded against Soviet guerrilla group. According to a UN report, the Haqqani group is the most combat-ready army of Taliban forces. They are highly skilled in technology-related work. For instance in the construction of rockets, high-quality explosive devices, and highly specialized in complex attacks. They also provide technical support in any terrorist-related activity.

Jalaluddin Haqqani, the founder of the Haqqani group was taken birth in Loya Paktia which is a common border area of Afghanistan and Pakistan. He was trained in Pakistan. Hence, he was also a member of the Jihad factory, named Dar-ul-ulum Madrassa. Situated in Khyber Pakhtunkhwa province of Pakistan. His name is also related to many terrorist activities that happened in Kabul. In 1995 Haqqani and his member became a part of the Taliban and fought against the Soviet Union, US, and NATO forces. Therefore in 1996 when the Taliban capture Kabul, he was appointed as Minister of Border and Tribal Affairs.

The attack on Indian Embassy in Afghanistan in 2008 was done by the Haqqani group. CIA and the National Directorate of Security of Afghanistan claimed that this terrorist activity was carried out with the help of ISIS and Lashkar-e-Taiba. Haqqani network also takes responsibility for the 2009-2012 attack on Indian construction workers.

Haqqani group is very close to Pakistan’s heart so that they will provide every possible support to Pakistan in the motive against Kashmir. That’s why India’s concern about the Haqqani group has increased.