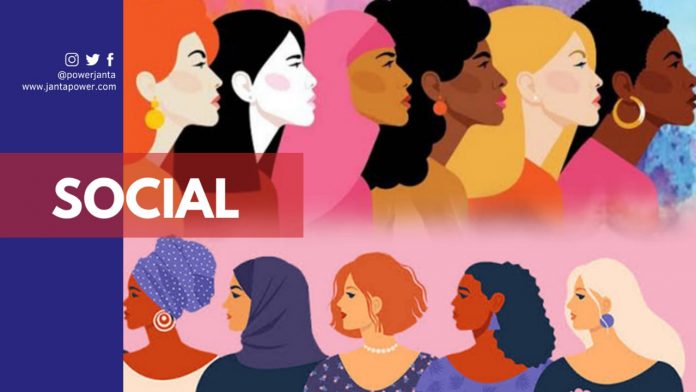 Women in society, earlier in primitive years were an extremely vulnerable gender in the society who were restricted to only household chores that were to work with pots and pans. They were denied their rights and liberties and had to follow the culture of forcible violence, where they had to follow what the other powerful people in the hierarchy of society asked them to do.

However, now the tables have turned and women in society are provided with opportunities in a myriad. Moreover, on the comparison, we can distinguish what was provided and now what is being provided to women to enrich their skills and abilities.

HARDSHIPS OF WOMEN IN SOCIETY EARLIER

Women were not bestowed with enough opportunities in terms of education and healthcare. As a result, the literacy rate was low even though women in society these days are equally qualified.

Poor healthcare facilities and demand for a male child often resulted in female infanticide that is the killing of the female child immediately after the birth. This led to an improper sex ratio in primitive societies. Need for a male child often resulted in deep inequalities which did not help progress the minds of authoritative people during those days. Even those who allowed the survival of female children made sure that they were married at an early age to ensure the contingency of the bloodline by giving birth to more men.

Women in society earlier were not empowered to enjoy their rights, both legal and constitutional. They were not allowed to pursue things for themselves and were burdened by what the elders of the society wanted them to discover which eventually made them less liberate.

Women started being discriminated against since the Later-Vedic period in education and other rights and facilities. Child marriage, widow burning, the Purdah and, polygamy further worsened the women’s position. They were widely suppressed to follow the ritual even if they didn’t want to For example, If women of a particular community decided to practice Sati, then those who belonged to it had to coercively abide by it to protect their “individuality although collectively ”.

3. THE CODE OF CONDUCT

During the age of Dharmashtras, the position of women in society reached an all-time low. During this age wherein different codes of conduct prescribed the various behavioral norms for women which were made and implemented. The period saw the exclusion of women from both the economic and religious spheres.

During Medival India, the Purdah system which was prevalent among royal families, nobles, and merchant class of people before the Muslims empire, started to spread to other classes of people also. During the medieval period, the malpractices increased leading to a rise in :

Some of the malpractices which were already prevalent during the Dharmashastra age gained further momentum and the worst scenario was created. The priestly class misinterpreted the sacred texts and created an impression that all these evil practices had religious sanction.
REPRESENTATION OF WOMEN IN SOCIETY NOW
Most of the women in our society are now getting the kind of appreciation for their dexterity. However, even today, there is a section of people who don’t care about women’s rights, status, and political accountability.

Although, a lot has changed from the 19th century, sure, like getting more access to rights and duties like equal pay for equal work and so on. Here are the certain approaches that we see in women’s representation now.

So many people think feminism is only about the upliftment of mankind towards the status of women. However, feminism implies the equitable distribution of rights to women and alleviation of the responsibility they carry with them. This includes both civil, criminal, and conduct rights. Many movements are led by women representatives demanding equal pay, opportunities, and lifestyle similar to that of the male folk.

Leaders of the Brahmo Samaj and the Arya Samaj were concerned with issues like Sati, remarriage, divorce, female education, purdah system, polygamy, and dowry. Justice Ranade criticized child marriages, polygyny, restrictions on remarriage of widows, and non-access to education.

Raja Ram Mohan Roy played an important role in getting the Sati system abolished. Ishwar Chandra Vidyasagar and Maharishi Karve pleaded for remarriage of widows. Gandhiji took interest in the collective mobilisation of women to fight for political freedom as well as for their social and political rights.

Savitribai Phule was one of the earliest Indian women activists who started the first school for girls in the subcontinent and lastly Tarabai Shinde was a feminist activist who protested patriarchy and casteism in the 19th century. She is known for her published work, Stripurush Tulane (A Comparison Between Women and Men), originally published in Marathi in 1882. The pamphlet is a critique of upper-caste patriarchy and is often considered the first modern Indian feminist text.

Women empowerment is on the verge to achieve great heights in upcoming years. Reforming in society is taking place but it is at a very slow pace. On one hand, women are provided with an abundance of facilities, equal representation in every field, and reduced biases towards this gender.

However, the sad part is that women are still suffering from the breach of ethics by the still-existing patriarchy of the society. A larger number of women still fall victim to heinous crimes like abduction, acid attacks, killings, cyber bullying, sexual assault, domestic violence, and whatnot.

The modern women in society have completed a trip to the moon, been president, leading parliamentary representatives, global protesters, and a gazillion more things. Women’s dexterity is bringing global change as this sect has the zeal and strength to bring a collective uniformity of thoughts and actions.

The crime against women can only get reduced by promoting literacy and especially SEX education. It shouldn’t be considered as a taboo but a necessity in a country like India where women are objectified at every step.

Women are an integral part of society and the world. Everyone must be respectable and should provide a shared sense of responsibility towards this sect of gender and this doesn’t mean giving fewer opportunities to other people of another gender. Women in society have the maximum dexterity in skills and must be allowed to pursue their dreams and aspirations which will lead to equability of thoughts.

ALSO READ: UP Assembly Elections 2022: The Game Of Thrones