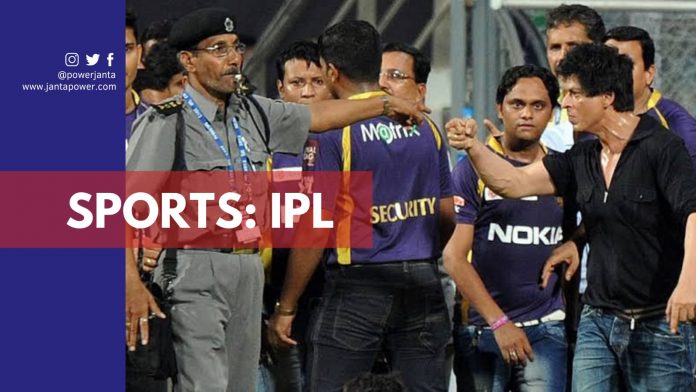 Cricket is not only the game of bat and ball but it is also a game full of stories and incidents that can shock you quite often. Every match hides a story within it. Therefore, the Indian Premier League i.e the IPL, which is the fastest-growing game of this format, is also full of attention-grabbing incidents.

The IPL is the most popular game not only in India but also all around the world. Since it come into existence, fans are always excited to know every detailed incident related to the showcase event. However, they only come to know the things that are highlighted and come well on the table. On the other hand, the media does not highlight some of the issues.

These unhighlighted issues become the lesser-known part of the league and without proper facts, fans are unable to come to any conclusion. Here are five under-the-table stories that cricket fans need to know.

Cricket Control Board of India chief Sunil Joshi appeared in the first-ever match of the IPL. Joshi replaced MSK Prasad as the National chief selector. In 2008 Joshi shared the dressing room with Virat Kohli. He gives 26 runs in his four overs which included the two maximum.

Ravinder Jadeja got banned in The IPL 2010

Many cricket fans were not aware of the fact that all-rounder Ravinder Jadeja got suspended from the 2011-year auction and 2010 playing year. This story remained under the table in 2010. The most important all-rounder of Rajasthan Royal Jadeja was uncomfortable in signing the renewal contract.

Jadeja’s this action came into the limelight also because he was regularly and constantly trying to talk with other franchises and negotiate for money. Therefore, the governing council of IPL decided to ban Jadeja.

Former pacer of India Zaheer Khan has become the only player to be part of the 1st and 500th game of the IPL. First-ever IPL match between Royal Challenger Bangalore and Kolkata Knight Riders. Zaheer was part of RCB.

In 2015 at M Chinnaswamy stadium, Virat Kohli-led RCB was playing against Delhi Daredevils. In the excitement to see and chat with Anushka Sharma, his then-girlfriend-now-wife, the skipper went out of the player’s area.

In a rain break, Kohli was spotted in the VIP box with Anushka. This was against the anti-corruption guidelines. According to BCCI secretary Anurag Thakur, no player is above the law and Kohli breached the laws. A notice was issued against him.

An anonymous blog named Fake IPL player, which was a cricket blog started in 2009. In 2010 Anupam Mukerji, a marketing specialist was the name behind the blog. The blog secretly was engaged in spreading fake and negative rumors against KKR’s players, coach, and other team members.

2009 was a horrible season for KKR and on the contrary, the blog got so much attention. It was taking advantage of some of the controversies against coach John Buchanan and his decision to frequently change captainship. The blog was engaged in giving weird nicknames to players and coaches and brought in limelight various negative stories. It was a total mess!