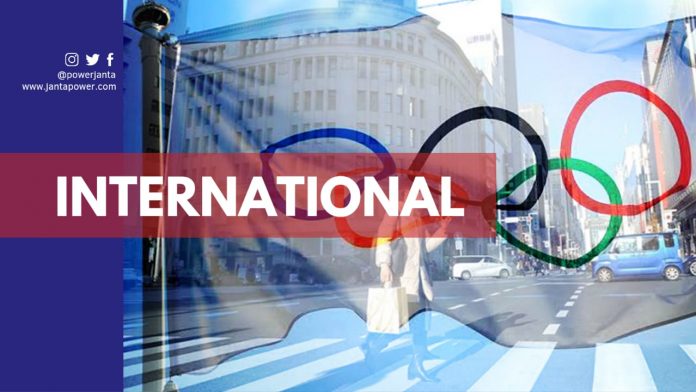 Japan has declared a state of emergency in Tokyo on Friday following the massive COVID–19 cases rise in the capital due to the Olympic Games. Tokyo is in its fourth state of emergency currently. Officials announced that about 3,300 new cases were reported on Friday.

As of mid-week, 64 per cent of Tokyo’s hospital beds were secured for serious COVID–19 patients, putting stress on the medical system.

Prime Minister Yoshihide Suga said in a news conference that the virus is spreading at an unpredictable rate. He is concerned that the country’s hospital beds will be overcrowded. “With a heavy heart, I want to ask everyone: until we see the impact of more vaccinations, I want you all to stay vigilant and implement infection prevention measures to the full,” he said.

Norihisa Tamura, Japan’s health minister, said the country is in a new “extremely frightening” stage. With cases increasing due to the Delta variant. The Olympic village in Tokyo for athletes and coaches boasts more than 80% vaccination. Testing is mandatory, and movement is strictly restricted.

Athletes and other visitors must follow strict rules to prevent the virus from spreading in the “Olympic bubble”. Organisers reported 27 new COVID–19 cases on Friday, bringing the total to 220. However, experts are concerned that holding the Games has sent a mixed message to the public. They should avoid such activities. Less than 30% of Japanese citizens are fully vaccinated. Nishimura stated that everyone should get vaccinated by October or November.

Japan avoided a dangerous COVID–19 outbreak. Although, they are now struggling with the highly transmissible Delta variant. Daily cases in Japan have exceeded the 10,000-mark for the first time on Thursday, with 10,687 new patients. The state of emergency was an immediate requirement.