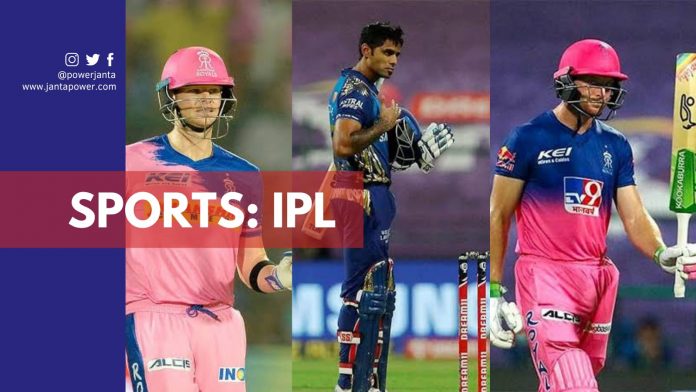 Indian Premier League (IPL) features one of the shortest formats of cricket but is also the most popular in cricket history. It consists of 8 power-packed teams and SRH or Sunrisers Hyderabad is one of them. SRH doesn’t have any superstar players in their team like some of the other celebrated teams of IPL as Mumbai Indians or Chennai Super Kings. Sunrisers Hyderabad is the least entertaining team in the whole IPL. It is mainly a bowling team. However, they have shown their calm and collected manner on the ground time and time again. They are very successful in giving other teams a run for their money.

Whereas since 2016, this team consistently made it to the playoffs of the IPL. This year’s IPL looks a bit challenging for the SRH. Things look faded in this IPL because in their eight completed matches till now, somehow, they only managed to win one match.

They left everyone surprised when they announced Kane Williamson as the skipper in place of David Warner. The franchise showed their trust in Williamson’s leadership for the long term. However, in the next year’s IPL, the team would be targeting a few possible players during the mega auction of IPL 2022.

Here is the list of some of the players SRH can target during the 2022 IPL mega auction.

Shakib will be their number one target. Previously, he was part of the franchise and once again, the Sunrisers want him back on the team. Shakib is a good top-order batsman and he is good with the ball as well. SRH is in need of a good batsman who can score well at the start of the match and reduce pressure from the middle-order. Shakib can prove to be that missing piece.

He proved his batting performance across the world and provides the perfect balance in the side. Shakib Al Hasan is an experienced player who has led the Bangladeshi side for 2 years. He has been a useful all-rounder from every side. Most importantly, his batting has improved a lot from before.

Previously in 2017 and 2018, Chris Jordan was part of SRH. He is a good bowler with so much pace and yorker skill. He is also a good down-order batsman, which can become an ace for any team in a losing position.

SRH cannot only rely on local pacers whereas Jordan is a pacer with good skill of batting. So, the franchise may rethink taking Jordan from their side.

Suryakumar Yadav made a big name in the shorter format of cricket. His fearless approach for scoring runs makes any franchise think and long for him. It can’t be denied that Sunrisers Hyderabad would definitely need this type of run-scoring player on their team. A guy who has an immense hunger for scoring runs is what IPL digs.

Right now, he is playing for the Mumbai Indians and if Mumbai Indians do not retain him with a hefty amount, many franchises will have their eyes on him. SRH has to be quick and cunning to bring Yadav on their side. Due to his fearless attitude and strategic batting, he can turn out to be the face of the franchise.

Quinton de Kock may have been released from the captaincy responsibility of the South Africa team, but many IPL franchises want him to lead their team. His agile leadership attitude under pressure is needed for SRH and many other teams.

Currently, Kock is playing for the Mumbai Indians. SRH will spot him on in the next IPL auction because he is a wicketkeeper, also a brilliant batsman with the potential to lead any team. If any franchise wants to invest good money, it would be on a player like De Kock.

Steve Smith, the former captain of Australia tops the list of the targets for the franchise due to his high amount of leadership experience. He has led teams like Rising Pune Supergiant and Rajasthan Royals. Currently, he is playing on the Delhi side. Smith is well aware of captaining in high-profile tournaments. One of the biggest reasons that SRH targeting Smith is only three players are allowed to be retained by the franchise, so next year Smith might not be playing for the Delhi Daredevils anymore.

This year middle-order batters have not performed very well till now for SRH. This puts a lot of pressure on Williamson, Jonny Bairstow, and Warner. Having Smith in the team might help SRH in reducing pressure and give the team the breakthrough they need badly.

ALSO, READ: Stories You Wouldn’t Believe Happened In The IPL

Why English Premier League Is The Most Preferred League For Indians?