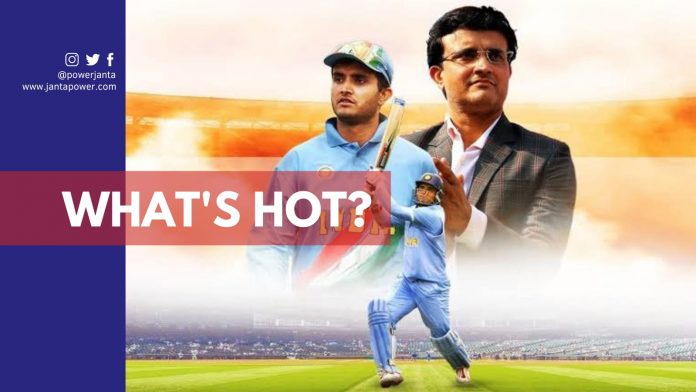 Sourav Ganguly, former captain of the Indian cricket team confirmed on Thursday that his biopic is going to be made. The film will be made under the banner of Luv Ranjan Films. The veteran cricketer, who is fondly known as “Dada” shared this news on Twitter. He tweeted, “Cricket has been my life, it gave confidence and ability to walk forward with my head held high, a journey to be cherished. Thrilled that Luv Films will produce a biopic on my journey and bring it to life for the big screen.”

The film has been announced to be made under the production of Luv Ranjan Films; the casting is yet to be done. The maker also released a statement that read “We are thrilled to announce that Luv Films will produce Dada Sourav Ganguly’s biopic. We are honored to be entrusted with this responsibility and look forward to great innings.”

Ganguly is known for revolutionizing the Indian cricket team in 2000s. He transformed the team from scratch to success. After the match-fixing scandal by some of the Indian cricketers, he was named as the captain of the team. He gave young players like Yuvraj Singh, Mohammad Kaif a chance to play for the country and shine brighter. Ganguly was always praised for being an impartial and non-parochial captain who had always pushed his players to perform better. Under his captaincy, India started winning Test matches on foreign lands. He put together an impressive streak that took them to the World Cup final in 2003. His passion for cricket and the country has made him make and break several records.

Dada’s endless and unforgettable achievements were needed to be told on the big screen. After Dhoni’s biopic in 2016 and Tendulkar’s documentary in 2017, it was the time to tell the story of one of India’s most successful cricket captains ever- Sourav Ganguly. The film is speculated to be a big-budget movie, hence the story of the legendary cricketer will be told in a grand way.

After the announcement of the biopic, several speculations regarding the lead actor has started. People on social media started suggesting names of actors who can play Dada in the film like Ranbir Kapoor, Pratik Gandhi, Karthik Aryan, Vicky Kaushal etc. Though Ganguly in one of his interviews said that Ranbir Kapoor is a “hot choice” to play his part.

The story of” Maharaja of Indian cricket” will surely rule the hearts of every cricket fan and also the box office. Till then, wait for this masterpiece to be made.

READ MORE: Why Cricket Is More Popular Than Football In India? Is It Wrong?