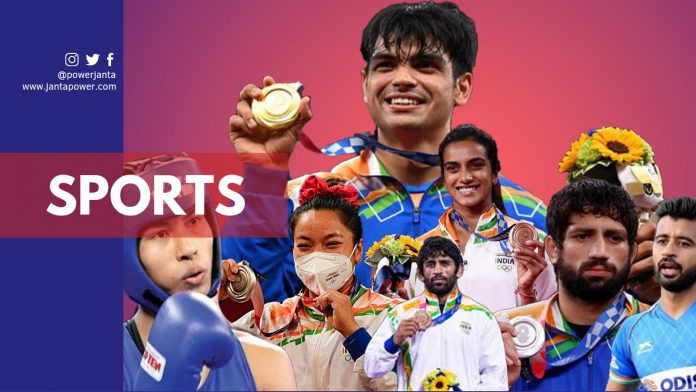 In this article, we will take a look back at the seven stars of India at the Tokyo Olympics whose achievements made the entire nation proud. Here’s your chance to relive the epicness as India finished the Olympics with its best-ever haul of seven medals in an Olympic tournament. This includes gold, silver, and bronze.

Mirabai Chanu opened the account with a silver medal in the women’s 49kg weightlifting category by lifting a total of 202kg (87kg+115kg). The 26-year-old from Nongpok Kakching village in Manipur ended India’s 21-year wait for a weightlifting medal on the first day.

Sindhu became the first Indian woman and the second Indian athlete to win two individual Olympic medals. The ace shuttler is from Hyderabad. She won the bronze medal in the women’s singles competition after defeating China’s He Bing Jiao 21-13, 21-15.

Women’s Welterweight Boxing Lovlina became the third Indian to ensure a finish at the Olympic Games. She defeated Chinese Taipei’s Nien-Chin Chen in the quarter-finals. She took bronze after a 0-5 loss to reigning world champion Busenaz Surmeneli in the semi-finals. The 23-year-old from Barpathar village in Assam’s Golaghat district won India’s first Olympic boxing medal in nine years.

Men’s 57kg freestyle wrestling Ravi, 23, became India’s second debut medalist at the Tokyo 2020 Olympics. Dahiya won silver in the men’s 57kg freestyle wrestling. He is the seventh Indian to win a silver medal in an individual event at the Olympics. The wrestler from Sonipat had to settle for second place after losing 7-4 against two-time world champion Zavur Uguev (ROC).

Four decades of pain and disappointment flew away as India’s men’s hockey team won bronze at the Tokyo Olympics 2020. It was the country’s 12th Olympic medal in the sport after a 41-year absence.

It wasn’t gold, but it was enough to kickstart the sport’s revival in a country where it holds such sentimental value. Manpreet Singh and his men mounted a strong comeback, only losing to Belgium.

A fan favorite heading into the games, Bajrang didn’t quite live up to the lofty expectations of becoming the first Indian wrestler to win gold. However, the 27-year-old did return from Tokyo with a bronze medal. It was an impressive feat in a nation starved for success at the world’s biggest sporting event.

They say save the best for last, and India proved this at the Tokyo Olympics. Javelin thrower Neeraj Chopra became only the second Indian to win an Olympic gold medal.  India finally had its first track-and-field medal winner thanks to Chopra’s incredible 87.58m throw.

Chopra, the son of a farmer from Khandra village in Haryana, took up athletics to lose weight. His uncle took him to Shivaji Stadium in Panipat for running one day. Hence Chopra fell in love with javelin throw when he saw some players practicing at the stadium. His love for the game is what made him the brightest among the seven stars of India at the Tokyo Olympics. The names will go down in history and Neeraj Chopra’s name will be engraved in golden alphabets.

The above discusses players are none other than seven stars of India who brought medals for India. Our whole country is proud of them who are also influencing and motivating the next generation.