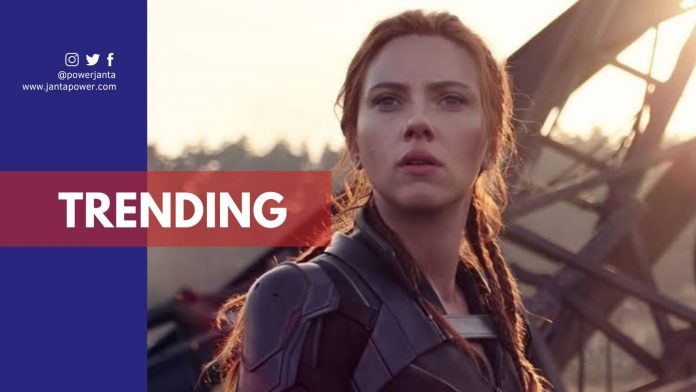 Scarlett Johansson and the Walt Disney Company reached a settlement on Thursday in her lawsuit over the streaming distribution and her salary in Black Widow. This put an end to the first big battle between a company and a star over the changes in film release strategy. The case highlighted the rising pressures over the role of streaming mega-budget films.

On July 29, Johansson filed a lawsuit against Disney in Los Angeles Superior Court, alleging that the studio’s hybrid release plan for Black Widow had violated her contract. According to the lawsuit, the decision allowed the studio to increase Disney+ memberships while simultaneously saving money on box office bonuses that Johansson is owed.
The details of the deal and the terms of the agreement haven’t been disclosed yet. However, the statement from both parties has been released indicating no bitter feelings and animosity.

Alan Bergman, content chairman for Disney Studios, said in a statement, “I’m very pleased that we have been able to come to a mutual agreement with Scarlett Johansson regarding ‘Black Widow. He further stated, “We appreciate her contributions to the Marvel Cinematic Universe and look forward to working together on a number of upcoming projects, including Disney’s ‘Tower of Terror’.”

Johansson who played Natasha Romanoff aka Black Widow in nine Marvel films also released her statement and said that she is happy to resolve all the differences and is looking forward to work with the giant entertainment company. “I am happy to have resolved our differences with Disney. I’m incredibly proud of the work we’ve done together over the years and have greatly enjoyed my creative relationship with the team. I look forward to continuing our collaboration,” Scarlett Johansson stated in her statement.

The actress two months ago lawsuit against Disney asserted that the company’s choice to put the film on its online platform lowered her pay, which was based on ticket sales. Replying to this, Disney said that the complaint is sad, unsettling, and completely disrespectful in the horrific times of the Covid-19 pandemic.

The long conflict over how actors, directors, and others in the movie business are compensated in the era of streaming was brought to light by Johansson’s pay battle with Hollywood’s biggest entertainment corporation. Revised hybrid release techniques have earlier resulted in many public tiffs between celebrities, directors, and producers, but none of them were as big as Johansson’s lawsuit.

During the pandemic times, several major Hollywood studios chose to skip the theatrical release of their movies, and instead released them online. But now, as most of the theatres across the world are reopened, entertainment giants like Disney and Warner Bros have decided to continue their dual release plan for their big-budget films.