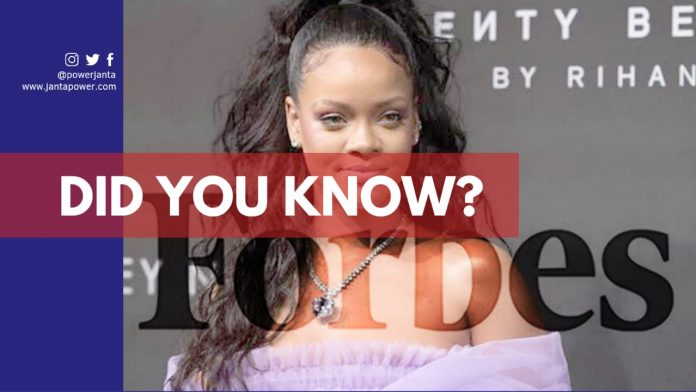 Robyn Fenty, also known as Rihanna, launched Fenty Beauty back in 2017. She found a cosmetics company with a goal that it would make “women everywhere (feel) included.” Little did she know that this beauty line will finally help her to become the richest female musician in the world!

The Barbados-born singer has a current net worth estimated at USD 1.4 billion. She is a phenomenal singer and has 9 Grammy Awards to her name! She is a pop icon. However, 50% of her fortune that made her the richest female musician came from her 50% stake in the Fenty Beauty cosmetics line.

The rest of Rihanna’s fortune drive from her stake in the Savage x Fenty lingerie company. Also, her earnings as a singer and actress amount to the rest of her net worth, according to Forbes. Rihanna’s beauty company is famous for its diverse range of 50 skin tones. It includes dark shades for women of color, which were uncommon when it debuted in 2017. As a result, it became an industry pioneer. This helps her become the richest female musician.

Shannon Coyne, the co-founder of consumer products consultancy Bluestock Advisors. She stated, “A lot of women felt there were no lines out there that catered to their skin tone. It was light, medium, medium-dark, dark. We all know that’s not reality. She was one of the first brands that came out and said “I want to speak to all of those different people.” She has created a brand outside of herself. It’s not just about Rihanna,” says consultant Coyne. “Even if you don’t like her music, she’s created a real style in the fashion and beauty space.”

Rihanna also owned Fenty, a high-end fashion and accessories brand. That was to close in November 2020 due to the pandemic. During her venture launch, she stated, “While speaking about what Lingerie meant to me, “Lingerie is about celebrating your body and that’s what Savage is all about. Savage … is a representation of all and a validation that everyone is beautiful no matter what.”

Rihanna now has a net worth of $1.7 billion, making her the richest female musician in the world. Yet, it is not her music that has made her so rich. The majority of her fortune (an estimated $1.4 billion) is from the value of Fenty Beauty. Forbes confirms she owns 50% of her stake in her lingerie company. An estimated $270 million of her earnings comes from her being a chart-topping musician and actress.