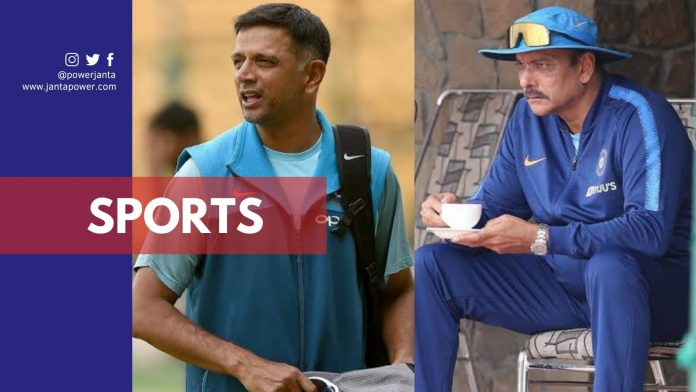 What a surprising day for Indian cricket! On the due day for submitting applications to the top post in Indian team management, former Indian cricketer, skipper, and legend Rahul Dravid has submitted the form for the role of India men’s cricket team head coach. Dravid is now the National Cricket Academy’s head of cricket operations in Bengaluru.

Reportedly, Rahul Dravid has formally applied for the position of head coach, according to a person familiar with the situation. However, this application is now public and it could mean a huge change for the men in blue. For starter, Ravi Shashtri will have to depart. On top of it, Dravid’s trusty assistant and former India bowler Paras Mhambrey have also filed for the position of bowling coach on Monday.

The senior brass of the Board of Control for Cricket in India, including president Sourav Ganguly and secretary Jay Shah, met with Rahul Dravid in Dubai during the Indian Premier League 2021, and sources stated that Dravid was invited personally to explore the post of head coach. Given the current condition of the Indian team being unable to win any major ICC trophy, can this be a wind of change?

The BCCI solicited applications for the senior men’s team head coach, bowling coach, batting coach, and fielding coach earlier this month, with a deadline of October 26. Ravi Shastri’s term as head coach is due to come to an end during the T20 World Cup, and the former captain has stated that he will not apply for the post again. After the showpiece tournament in the UAE, the contracts of bowling coach Bharat Arun and R Sridhar will also end.

Earlier this month, BCCI president Sourav Ganguly has commented that Rahul Dravid had requested time to consider applying for the position of the head coach and that their discussion in Dubai was sole regarding NCA affairs.

“If he wants to apply, he will apply, the process has to happen. For now, he is the coach of NCA and I believe NCA has a big role to play in Indian cricket. I have spoken to him earlier about this as well and he was not that interested and I feel the situation is still the same. He has asked for some time, let’s see what happens,” Ganguly explained.