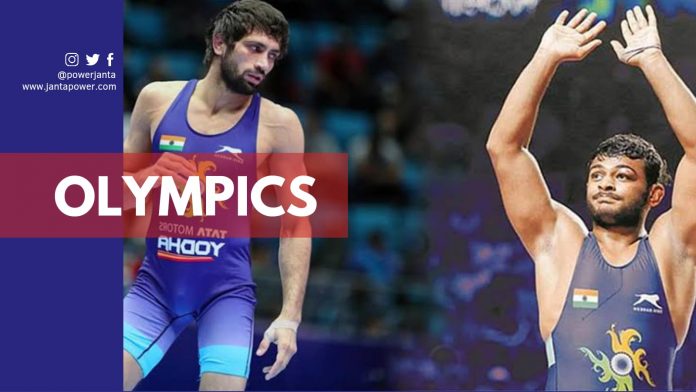 Another great news for India from the Tokyo Olympics 2020. Indian wrestlers Ravi Dahiya and Deepak Punia have qualified for the semi-finals of the men’s freestyle category. Both the wrestlers overpowered their opponents on Tuesday to secure their spots. At Mat A, Ravi defeated Bulgaria’s Georgi Valentinov Vangelov 14-4 with his brute strength and agility. Meanwhile, Deepak Punia knocked out China’s Zushen Lin by 6-3 in a very closely contested match fighting on Mat C.

At the Makuhari Messe Hall A on Wednesday, second-seeded Deepak got into a very cagey start against the Chinese wrestler in the 86kg division. The first half saw very little of the action as the Indian took the lead by 1-0. While right into the second half, Punia started the overdrive ignition while managing to squeeze five points. In comparison, Zushen was only able to secure 3 points.

In the 56kg segment of the quarter-final clash, Ravi Dahiya was quite comfortable while taking on Georgi Valentinov. The 23-year-old Indian wrestler drew the first blood and secured six points lead which was left unanswered from the Bulgarian powerhouse.

In the second half, there was no big threat to the Indian side. Although, bronze medalist of the 2019 World Wrestling Championships, Ravi Dahiya faced a good challenge from Valentinov as he took four points. However, Ravi left no stones unturned to dominate Georgi with some of his solid attacks. He remarkably managed to put another 8 points during the second half while defeating the Bulgarian.

On the other hand, Deepak Punia progressed into the quarter-finals of Men’s Freestyle 86kg by defeating Nigeria’s Ekerekeme Agiomor. Punia dominated the turf and showed his Technical Superiority by winning 12-1 against the Nigerian.

Meanwhile, Indian Javelin thrower Neeraj Chopra is also set to bring good news for India. He has progressed for the men’s final at the Olympic Stadium on Wednesday while achieving a remarkable automatic qualification in the Men’s Long Throws Qualification of Group A. The audience was bound to be impressed with the performance that the star javelin thrower put on today. Mahindra Group Chairman Anand Mahindra couldn’t resist tweeting with a picture of Neeraj, calling it a moment when “a star is born”.