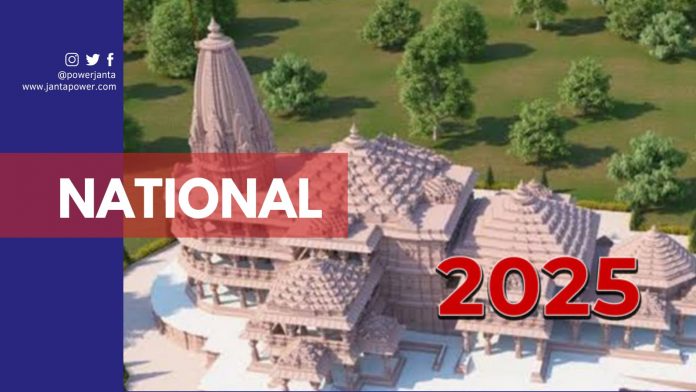 Nripendra Misra, the chairman of the Ram Temple Construction Committee said that even though devotees would be allowed in by December 2023, The temple will not be completed until 2025.

The Ram temple in Ayodhya will not be finished before 2025. However, devotees will be allowed to visit the temple. They can pray in the incomplete structure from December 2023. The committee shared details of the grand project as it was BJPs promise to build a temple at the site where Lord Ram was born in Ayodhya. The temple has three floors and five mandaps, according to the committee.

“The construction work of the temple is progressing according to the plan and it is estimated that by end of 2023, devotees will be able to get the opportunity of Lord Ram’s darshan,” a source said.

The development has political implications as the Lok Sabha elections are in 2024. The sanctum sanctorum will rise 161 feet above the ground floor. This is of Rajasthan stone and marble. The temple design was finalized after making the changes that occur over the last three decades. The Supreme Court cleared the way of the temple’s construction. Prime Minister Narendra Modi announced Shri Ram Janm Bhumi Teerth Kshetra Trust formation.

Nripendra Misra, a former secretary of Prime Minister, is the chairman of the Ram Temple Construction Committee. Fresh stones for the temple’s construction are from Rajasthan’s Banshi Paharpur. Mining of the pink sandstone was close due to court orders but has now resumed. Steel is not used in the temple structure, according to sources, due to corrosion concerns. Instead, they are using copper.

ALSO, READ The Somnath Temple Of Gujarat: The Curse Of The Moon