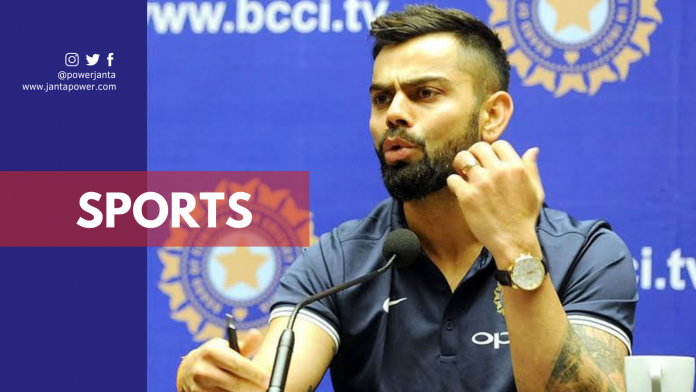 Several rumours were going around that senior Indian players have complained about Virat Kohli to BCCI. According to these allegations, Indian cricketers including Ajinkya Rahane, Ravichandran Ashwin and Cheteshwar Pujara contacted BCCI secretary Jay Shah to express their displeasure with Kohli’s captaincy, and the BCCI decided to take action. However dismissing all these reports, the treasurer of the Indian cricket board, Arun Dhumal, said that the media should not publish such fake information and that no one has complained to the BCCI about Kohli’s captaincy.

On Wednesday Dhumal said to the Times of India, “The media must stop writing this rubbish. Let me say this on the record that no Indian cricketer has made any complaint to the BCCI – written or verbal. The BCCI can’t keep answering every false report that keeps appearing. The other day, we saw some reports saying there will be changes in India’s World Cup squad. Who said that?”

On September 16 Virat Kohli announced on Twitter that he would step down as captain after the T20 World Cup in 2021. In the tweet, Kohli stated that he needs space to captain the ODI and Test teams and had to manage the workload of leading the team in three forms. According to some claims, the BCCI played a role in Kohli’s decision to leave the position. Arun Dhumal has clarified the situation, stating that the BCCI was not engaged in Kohli’s decision to step down as T20 captain.

Dhumal stated, “The media asked me if the BCCI had taken a decision and I said no because that was true – the BCCI had not taken any decision or even discussed it. Eventually, Virat took his own decision and conveyed it to the BCCI and that was his call. Today, the same media is saying players complained to the BCCI. So, on behalf of the board, I can tell you, there have been no complaints. Is there any confusion?”

There were also some reports claiming that after Kohli declared his retirement from the T20 format, he approached the selectors and requested to remove Rohit Sharma as the team’s vice-captain. Slamming all these fake reports and claims Dhumal said that all these rumors will tarnish the image of Indian cricket and will harm its reputation. He said that the media should not fabricate news and present them without checking them.

He spoke “This kind of reporting harms Indian cricket more than anything else. We can understand if senior journalists – who have followed the game for a very long time and tracked it so devotedly – believe the Indian team should do this or do that. That’s an opinion and we respect that. It’s an observation and that’s their job. I myself enjoy reading good reports. But to concoct tales and say this person said this or that person said, without substantiating it, is not done.”

All these speculations started after Kohli announced that he would step down as India’s T20 captain after the T20 World Cup. India’s T20 World Cup campaign will start on October 24 in Dubai with a match against Pakistan. Kohli and other players, whose names were involved in the reports, have remained silent on the subject. However, the BCCI treasurer’s statements had put a full stop to all the rumours but some people believe that there is no smoke without fire.

ALSO READ: What Does Leaving Captaincy Mean For Virat Kohli?

Why English Premier League Is The Most Preferred League For Indians?