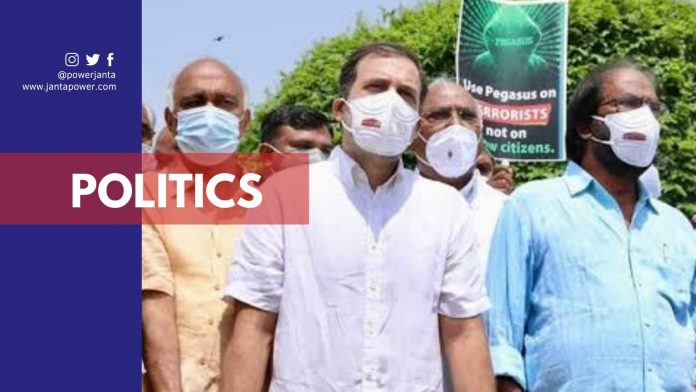 Opposition leaders stage a protest march against the Union government on Wednesday when Rahul Gandhi called the passage of the general insurance bill in Rajya Sabha “nothing short of murder of democracy.”

Mr. Gandhi, speaking to the media alongside Opposition leaders, slammed the way the Bill rushed through. He called the Bill the murder of Democracy. “As far as 60 percent of the country is concerned… there has been no Parliament. The voice of 60 percent has been crushed… and yesterday, in the Rajya Sabha, physically beaten,” Mr. Gandhi added.

The Amendment Bill, 2021, passed in the Rajya Sabha on Wednesday amid shocking scenes despite the opposition’s demand that the legislation refers to a selected committee. The opposition members were denied from entering the Well by marshals, including women. Shiv Sena MP Priyanka Chaturvedi claimed male marshals abused female legislators.

On Thursday, top leaders from several opposition parties gathered in the chamber of Rajya Sabha. Leader of Opposition Mallikarjun Kharge marched in protest to Vijay Chowk. Sanjay Raut said, “felt like we were standing at the Pakistan border.

Parliamentary Affairs Minister Pralhad Joshi has called the allegations “completely false.” He stated that he could verify the facts by viewing CCTV footage. The government held a press conference at 2 p.m. to present its side of the story, addressed by a delegation of seven Union Ministers. Therefore, the Opposition name the Bill ” Murder Of Democracy.”