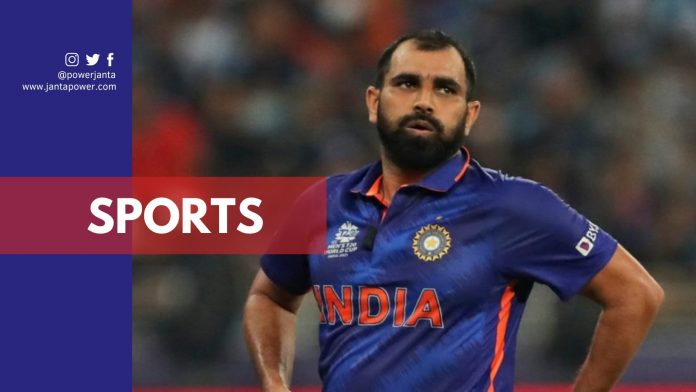 After India’s defeat to arch-rival Pakistan in the ICC Men’s T20 World Cup, India bowler Mohammed Shami has been exposed to internet abuse. Fans rushed to Instagram and Twitter after India’s loss against Pakistan on Sunday to make disparaging remarks about Mohammed Shami. Pakistan beat India by ten wickets, and none of the Indian bowlers were able to make an impression, as Babar Azam and Mohammad Rizwan ripped the Indian bowling apart.

After India fell by 10 wickets to Pakistan in the T20 World Cup, Mohammed Shami became the subject of taunts. Following the conclusion of the game, the 31-year-old pacer became the subject of internet mocking. His Islamic beliefs and his ‘deliberate’ poor performance versus fellow Muslims on the Pakistani side were the major targets.

The trolls questioned Shami how much he sold himself for in comparison to Pakistan, and the conversation simply continued on and on. Shami, of course, has chosen the smarter path and has remained mute for the time being. Shami had a bad day, going wicketless and allowing 43 runs in 3.5 overs.

However, former India batsman Virender Sehwag lambasted internet trolls for insulting fast bowler Mohammed Shami. Shami received a number of harsh remarks on social media, notably on his own tweets. Viru as always crushed all the negativity in his own way and took the side of the Indian pacer, tweeting, “The online attack on Mohammad Shami is shocking and we stand by him. He is a champion and Anyone who wears the India cap has India in their hearts far more than any online mob. With you Shami. Agle match mein dikado jalwa.”

Irfan Pathan, a former cricketer, too stepped out in favor of Shami. “Even I was part of #IndvsPak battles on the field where we have lost but never been told to go to Pakistan!” he tweeted.

Virat Kohli, India’s captain, witnessed some rowdy crowd behavior, and the trolls have not been nice to him, as he has been chastised for his captaincy throughout the game. Pakistan trounced India by 10 wickets at the Dubai International Cricket Stadium on Sunday, led by Mohammad Rizwan and skipper Babar Azam. Rizwan (79*) and Babar (68*) ensured that India’s bowlers had little chance of winning the match as the two batsmen controlled the proceedings. In their first encounter, India appeared bewildered as Pakistan knocked down a total of 152 without losing a wicket.

“We didn’t execute properly. Credit where it’s due and Pakistan outplayed us today. They started brilliantly with the ball, and 3 wickets for 20 runs was not a good start. We needed wickets early but with the bat, they gave us absolutely no chances,” Kohli told the host broadcaster of Star Sports after the end of the match.

“It played slow in the first half and hitting through the line was not that easy as it was in the second half, after 10 overs. We needed those 15-20 extra runs and for that, we needed a good start but Pakistan’s bowling didn’t allow us to get those extra runs,” he added.

ALSO, READ: India Vs England: The Issue With The Indian Openers And Middle Order