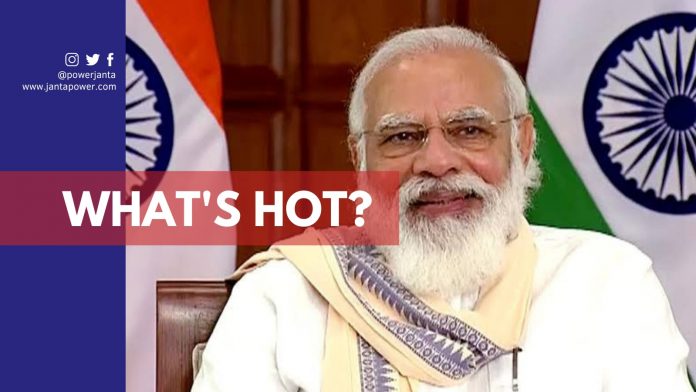 Prime Minister Narendra Modi turns 71 today. On the occasion of his birthday, BJP will celebrate ‘Seva aur Samarpan Abhiyan’ from September 17 to October 7 under which they will organize various programs like health check-up camps, blood donation camps, clean-up drives for rivers, distribution of ration cards, etc which will surely add to his achievements later.

The “Modi Wave” that continued from the first Lok Sabha elections to the second one, resulted in Modi being Prime Minister of India for the second consecutive time. In his seven years as Prime Minister, Modi has taken several decisions, out of which some were beneficial and others were unfavorable for the country. He introduced some of the highly awaited reforms and implemented several constructive programs that can be considered as his achievements as PM of India.

Let’s have a look at the five biggest achievements of PM Modi:

In his seven years as Prime Minister, Narendra Modi’s biggest achievement is said to be the fulfillment of long-awaited demands of his party –BJP. It includes the construction of the Ram Mandir at Ayodhya. He also revoked Article 370 under which Jammu and Kashmir had special status. Another long-awaited demand was to abolish Triple Talaq – a step towards bringing a uniform civil code. The historic decision on Ram Mandir came on November 9, 2019, when the Supreme Court delivered its verdict in favor of the construction of Ram Mandir. Among these 3 highly-awaited demands, Ram Mandir holds a special place

In 2014, Prime Minister Modi launched Swachh Bharat Mission in order to eliminate open defecation and improve solid waste management. Though the origin of this campaign or mission is from the Nirmal Gram mission of the Manmohan Singh government, Modi gave it a personal push and new dimensions. Through his speeches, he asked every citizen to join hands in making India cleaner, greener, and free from open defecation. His words did impressive work as now people are more conscious of cleanliness. His toilet construction program to make India open defecation-free was also highly appreciated and played an important part to bring him back as PM again.

One of the other big achievements of PM Modi in his seven years tenure as PM is Ujjawala Yojana under which free distribution of one LPG cylinder to rural women is done. Women from rural areas get one free LPG cylinder connection per household. This scheme became so popular that according to official data it is responsible for more than 70% of the country’s total home LPG connections. This initiative foresees a smoke-free Rural India, intending to benefit five crores families especially BPL women. The increase in LPG usage will result in fewer health problems, air pollution, and deforestation. Hence, it’s considered to be a great move by Modi.

The Modi-led government introduced the IBC in 2016 to resolve claims involving insolvent companies. It got amended in 2020 to make it more relevant to everyday life. IBC was planned and introduced to tackle the bad loan issues that were disturbing the banking system. This Law helped India to address its long-standing problem with non-performing assets. Banks also started to collect debts that were previously deemed to be irrecoverable.

One of the major accomplishments of Narendra Modi can be said to be the introduction of the Goods and Services Tax in 2016, which was under the pipeline for 17 long years. Due to its complex tax regulations, India was long seen as a business-unfriendly country. But after the implementation of GST that replaced 17 existing indirect taxes, it became easier for businesses to comply with tax rules.

All these are few achievements of PM Modi and several others can be listed. But as it’s said every coin has two sides, Prime Minister Narendra Modi along with achievements has several failures too. The rising price of petroleum and diesel, farmers’ protest against Farmer’s Bill 2020, increasing rate of unemployment, caste, and religion-based politics, a large number of deaths due to covid-19, etc. are some of the failures of Modi as Prime Minister.