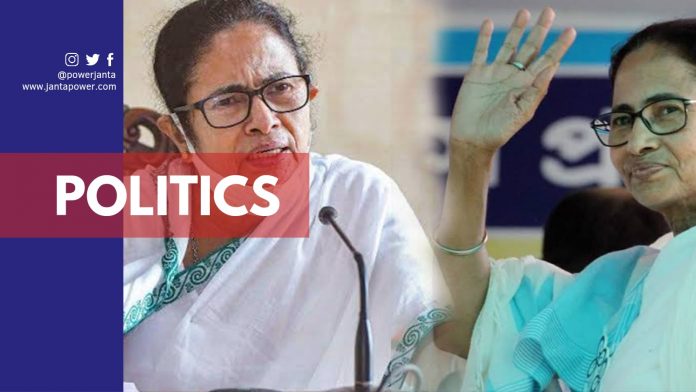 West Bengal Chief Minister Mamata Banerjee has left for New Delhi on July 25 after taking a call regarding the 2024 Lok Sabha elections. The chief minister will be meeting Prime Minister Narendra Modi and President Ram Nath Kovind. “I will go to Delhi for 2-3 days. I will meet the President if I get time. PM has given me time. I will meet him,” she said.

The Trinamool Congress supremo is visiting Delhi for the first time after bringing her party to victory in West Bengal for the third time. She appears to be seeking a role in national politics ahead of the 2024 Lok Sabha election. According to TMC sources, her visit is scheduled from July 26 to 30. She is also scheduled to visit the Parliament.

The Bengal Chief Minister linked the Pegasus spyware scandal to the ‘Watergate scandal,’ which broke in the United States during Nixon’s presidency. “Pegasus is worse than Watergate scandal, it is super emergency,” Ms. Banerjee said.

Mamata’s visit to Delhi has sparked discussion about the Trinamool Congress chief’s national goals. Her visit is being viewed as an attempt to rile up the divided Opposition to take on the ruling Bharatiya Janata Party (BJP) in the next Lok Sabha elections, which are planned for 2024.

According to sources, the backdrop for Mamata’s travel to Delhi has been planned in advance, and the goal is to foster understanding among non-NDA forces on common causes of concern, such as the Pegasus snooping issue, agriculture legislation, inflation, and the economic crisis. Several opposition leaders, including Pawar and Congress P Chidambaram, hinted at this earlier this week.

During a press conference, the CM made a direct attack on the Union government, claiming that a state of super-emergency has been declared and all unbiased bodies have been corrupted.

“The attack on journalists and media houses is yet another BRUTAL attempt to stifle democracy. #DainikBhaskar bravely reported the way @narendramodi Ji mishandled the entire #COVID crisis and led the country to its most horrifying days amid a raging pandemic,” she tweeted.

“‘Khela’ will happen in all states until BJP is removed from the country,” she said.

“We’ll celebrate ‘Khela Diwas’ on August 16. We will give footballs to poor children. Today, our freedom is at stake. BJP has endangered our liberty. They don’t trust their own ministers and misuse agencies,” she added.

Since Mamata managed to win a high-stakes electoral fight in Bengal while achieving a historic third consecutive term. Mamata and her party were pitted directly against Prime Minister Narendra Modi’s Bharatiya Janata Party. Hence, winning with such a big margin has given rise to the wishful thinking about the TMC supremo seeking the top seat in New Delhi.