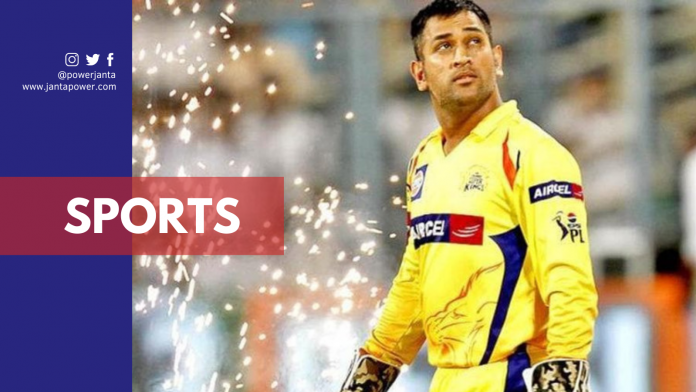 Legendary cricketer and world-class skipper MS Dhoni in IPL has created three records in this IPL season. After beating Kolkata Knight Riders, Dhoni-led Chennai Super Kings bounced back from their worst-ever performance last year by winning the prestigious trophy in the 14th season of the cash-rich tournament. This is the fourth time when CSK clinched the IPL title, all under Dhoni captaincy.

Fondly known as Thala, Dhoni is set to become the mentor of the Indian cricket team for the upcoming ICC World T20I. He was the man behind India’s two World Cup triumphs in 2008 and 2011.

Let’s have a look at the three records made by MS Dhoni in IPL season:

Made 300 appearances as captain in T20 cricket

When Dhoni led his team to victory in the IPL 2021 final against Kolkata Knight Riders on Friday, he made his 300th appearance in T20 cricket. Dhoni is the first captain in the history of T20 cricket to lead a side in 300 matches across all formats. He led the Indian team as skipper in 72 matches and also captained CSK in 214 games and the now-defunct Rising Pune Supergiants in 14 matches. This is Dhoni’s 10th IPL final -9th with CSK.

After CSK defeated KKR by 27 runs in the final match of IPL 2021, Dhoni emerged as the oldest captain to win an IPL title. Dhoni who is 40-year-old became the second captain to win three or more IPL trophies after Hitman Rohit Sharma. In the past, legendary Australian bowler Shane Warne, at the age of 39, won the maiden season of the IPL as the captain of Rajasthan Royals. Also, the Australian classy player Adam Gilchrist at the age of 37, led the Deccan Chargers to hold the IPL trophy in 2009.

8th T20 titles win as a Captain- a new record

After Chennai Super Kings thrashed KKR to win their fourth IPL trophy, Dhoni grabs his eighth trophy as captain in T20 cricket. He has the most titles (eight titles) by a skipper in multi-team tournaments or events featuring three or more teams. Dhoni captained CSK to four IPL titles during his time as captain. Apart from winning four IPL titles with CSK, Dhoni also led the Yellow Army to two Champions League T20 victories. Also in 2007, Dhoni led India to victory in the T20I World Cup. In 2016, Captain Cool led India to win the Asia Cup championship.

By rewriting history and creating new records, Dhoni again proved why he is considered one of the best players and captains of all time. His name becomes a brand and his humongous popularity and fan base are evidence of it.
Now, everyone is waiting for India’s T20I World Cup victory under Dhoni’s mentorship and Virat Kohli’s captaincy.

ALSO READ: Age Of Mahendra Singh Dhoni: The End Of An Era