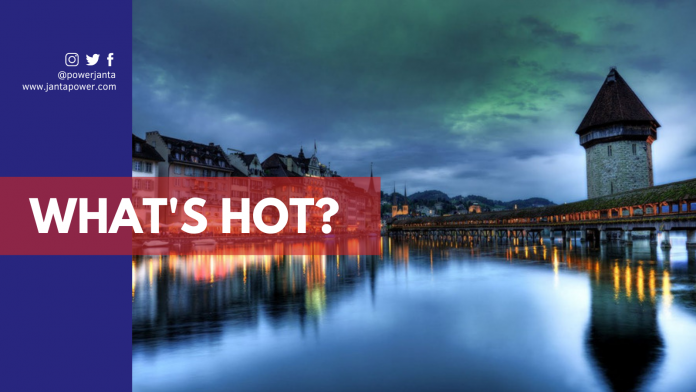 Everyone loves traveling and moving to new places. The pandemic also has prompted people to consider relocating to a new location. However, those fantasies may soon become a reality. If you’re willing to move, a number of countries and towns, throughout the world are giving financial incentives. Below mentioned are the 10 places that will actually pay you when you move in there.

According to a research study done by insurance company William Russell, a low population, a shrinking economy, and decaying houses are some of the many reasons these places are opening their doors to ex-pats. However, there is a catch. Some places will demand you to create a business, while others will require you to refurbish a property. The small print on visas differs depending on the country. Here’s a list of 10 Places that will pay you for your relocation:

Places in the United States:

Oklahoma
The city of Tulsa is looking for digital nomads that are qualified to bring their remote work to Tulsa. In exchange, they provide free desk space, networking events, and – most significantly – $10,000 (Rs7, 47385) in the form of a cash lump amount or a monthly stipend to assist you in getting set up.

Minnesota
The city of Bemidji with a population of only 14,000 people is eager to lure digital nomads. They’re so enthusiastic that they’re providing a 218 Relocate package to potential residents. It includes up to $2,500 (Rs1, 86,846) in moving expenses, a free co-working space, and access to the Community Concierge Program to assist you in getting your business started and growing. Also, Bemidji is said to have the fastest internet speeds in the country, making it a perfect location for running a remote business.

Alaska
You may get roughly $1,600 (Rs 1, 19,581) if you live in Alaska for a full dividend year and are qualified for the grant. Even better, the entire state is tax-free.

Vermont
Vermont is known for its pristine natural beauty as well as its brutal winters. While it is home to the world-famous Ben & Jerry’s ice cream, it has the second-smallest population in the United States. That’s why the Remote Worker Grant program will pay you $10,000 (Rs7, 47385) over two years if you’re willing to relocate.
Places in Europe

Switzerland
Albinen is giving $25,200 to foreigners under the age of 45 in order to boost the town’s population (R21,76,398). However, the money comes at a price. You will be required to live in the country for a period of ten years. Furthermore, you must either be a Swiss resident or married to a Swiss resident.

Countries that would pay you to start a business

Ireland
If you’re thinking about starting a business, Ireland could be a good place to start. Enterprise Ireland is a program that helps new businesses get started. It gave out €120 million to new enterprises last year. You do not have to be Irish to apply, but your company must be registered in Ireland.

Chile
People with distinctive and innovative company ideas can get up to $300,000 (Rs2 crore) in CLP funding from Start-Up Chile.

Mauritius
Startup firms who move to Mauritius will receive 20,000 Mauritian Rupees (Rs35,218). To be considered, one must provide a distinctive and profitable business plan and idea to a committee.

This is the list of 10 Places all across the world that will pay you if you move there!