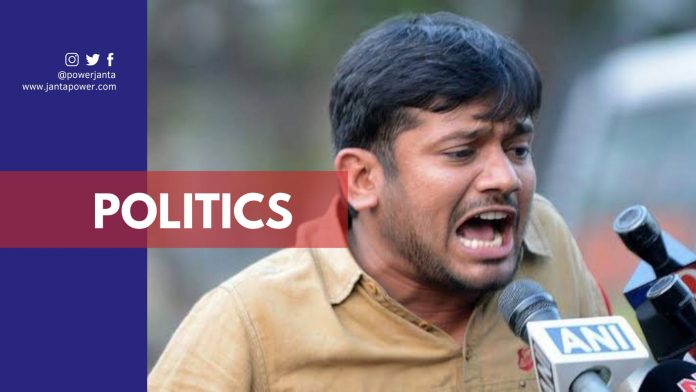 According to the political experts, Kanhaiya Kumar and Gujarat MLA Jignesh Mevani will join the Congress party today in the evening. Prior to the joining of both the leaders, they are likely to visit Shaheed Park at ITO in Delhi. A day after, there is the 114th birth anniversary of Bhagat Singh therefore Kanhaiya wants to visit the martyrs and garland the statues.

At ITO, Rahul Gandhi will be present there to welcome the new members to the party. A large number of youth congress workers will also be available at the welcome ceremony venue. KC Venugopal, the general secretary of the party, and Gujarat Congress working president Hardik Patel will also present at the time of joining of youth leaders.

Career and Ideologies of Kanhaiya

Kanhaiya Kumar is a former president of the JNU student’s union. He has often associated himself with a lot of controveries. The most notable one might be when along with some of his friends were jailed over ‘anti-national slogans’. Although, no such allegation has been proven yet. After that, Kumar joined CPI in 2019 and fought the assembly election from his hometown seat Begusarai against BJP’s Giriraj Singh. He lost the election whereas his career in politics started.

In a press conference, he called himself an accidental politician. Kanhaiya told; “I’m an academic by training. But we are from a society where we see violence and corruption around us. So more or less I am an activist. Now because of the current government at the Centre, I’m in politics but yet I am not a politician”. Kanhaiya always seems to talk about the B.R. Ambedkar, Mahatma Gandhi, and Shaheed Bhagat Singh dreams, about the nation.

His Loud Voice Against the Government

When Kanhaiya was a student leader he predicts social revolution. He told targeting Prime Minister Narendra Modi that when hunger and deprivation will unite the masses irrespective of their caste, creed, and religion then the social revolution will occur.

While blaming the BJP government Kanhaiya told that hunger and job is a common issue to all despite this BJP was attempting to divide the county along caste communal lines without solving the core issue.

According to some political expertise from the beginning of Kanhaiya’s political career, Congress is the suitable party for him. Kanhaiya never talks trash about congress. He always told that congress is not in government so why do we put blame or ask questions for the current situation from it. This is the time for BJP to take responsibility.

Will Joining Hands with Kanhaiya Affect the Upcoming Elections

There is no doubt that currently, Kanhaiya is an important young voice and youth icon. Kanhaiya would be part of Congress in the upcoming Assembly election in Uttar Pradesh, Goa, Uttarakhand, and in many other states. Kanhaiya is an upper-caste leader therefore he may be an ace of spades in UP. In UP assembly elections there is an important role of brahman’s vote and Kanhaiya may be influencing these votes.

From Bihar’s perspective in the future if congress decided to go alone Kanhaiya’s presence may be beneficial. Nationally Kanhaiya is also popular for his speech that can be helpful in sending messages that congress is the main rivalry of BJP, especially among the younger anti-BJP voters.

It is also very beneficial for Rahul Gandhi to strengthen who is surrounded by many old-guard leaders with the conservative approach. To get rid of this congress needs a broader ideological shift that is also beneficial to influence youth votes who have voted for BJP in 2014 and 2019.