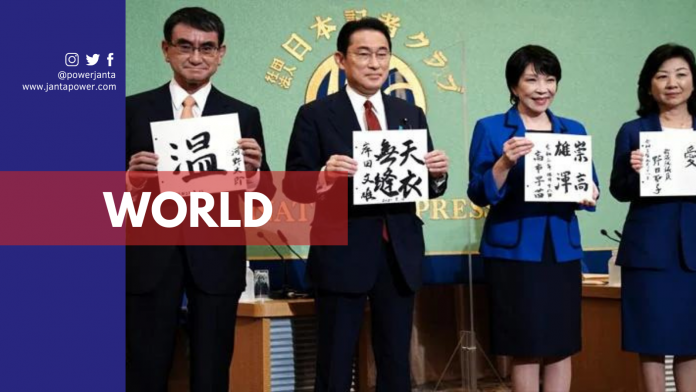 Taro Kono and Fumio Kishida, two leading Japan PM Candidates have different opinions over same-sex marriage and women’s rights issues. On Friday, all the candidates on TV debates claimed to have stronger strategies to combat the pandemic and lessen the income gap, but they were having different opinions over issues ranging from same-sex marriage to married couples with different surnames.

Taro Kono, Vaccine Minister, 58, who is seen as the top contender to be the Next Prime Minister drifted away from the conservative party’s conventional thinking by declaring that he supports the establishment of same-sex marriage. He also asked his biggest rival about his opinion on the same topic during a discussion televised by TV Asahi. Answering Kono, Former foreign minister Fumio Kishida, 64, said that he had “not reach the point of accepting same-sex marriage”.

The other two Japan PM Candidates in the race are women. 61-year-old former gender equality minister, Seiko Noda, and Sanae Takaichi, 60, an ultra-conservative former internal affairs minister. Both these candidates are not seen as favorites, however, if any one of them wins, they would become Japan’s first female prime minister.

The other issue on which the candidates are having different opinions is whether to allow married couples to have separate surnames. Takaichi, the more conservative of the two female candidates, stated in a discussion on Fuji TV that the country should keep the current system in place to avoid confusion among couples and their children with different surnames. The two male candidates were also having dissimilar opinions on the issue. While Kono is in favor of allowing married couples to have different surnames, Kishida believes that the public’s opinion should be heard before parliament makes a decision.

Whoever wins the Liberal Democratic Party presidency on 29 September will become prime minister. They will have to contest in a general election that will be held in late November.

Taro Kono is considered to be the favorite to win and succeed current PM Yoshihide Suga. In a Bloomberg poll of economists, 27 out of 36 think Kono would win the party election to succeed outgoing Prime Minister Yoshihide Suga. Public opinion polls also show Kono has the most popular support to become the country’s next Prime Minister. However, his statement over same-sex marriage and women’s rights issues might create difficulties in his way to victory as the Liberal Democratic Party ( LDP) is known for upholding traditional conservative family values, and many of its members have opposed same-sex marriages and the use of different surnames.

Japan is the only country in G7 that has not legalized same-sex marriage. If, Kono wins and becomes the next Prime Minister, his decision to legalize gay marriage will be a novel step for a conservative country like Japan.