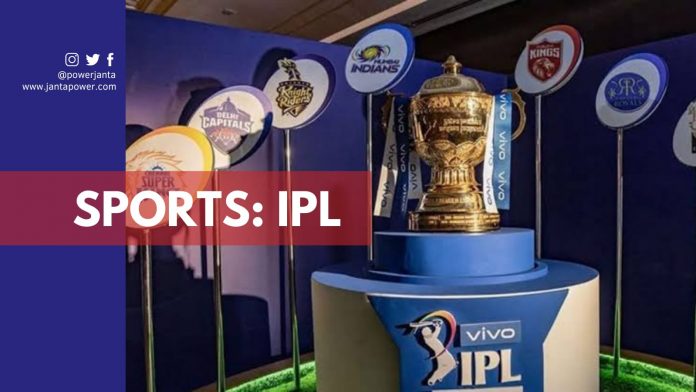 The nation’s most loved sports league- the Indian Premier League (IPL) has arrived again.
Earlier the IPL 2021 was suspended on May 4 due to covid cases and since then fans were eagerly waiting for IPL 2021 to get restarted. The IPL is always full of excitement, entertainment, thrillers, and emotions. There are many Interesting Facts about IPL, you might not know. Some are listed below.

In IPL history, Kings XI Punjab is the only team that has changed captain 11 times. The Chennai Super Kings, on the other hand, are the only side whose skipper, Mahendra Singh Dhoni, has remained consistent since the first match.

Only Two Indian players to win the Most Valuable Player award

Till now, in 13 years of IPL history, only two Indian players have won the Most Valuable Player award, earlier known as the Man of the Tournament award. Sachin Tendulkar was the first one to win this award in IPL 2010 and later in the eighth season of IPL, Virat Kohli did the same. While, Australians dominated the rankings, with Shane Watson winning twice and Adam Gilchrist and Glenn Maxwell both winning once.

Piyush Chawala with no No Ball for 386 overs

One of the most underrated Indian spinners, Piyush Chawala holds an amazing record to his name. For 386 overs with the Delhi Daredevils, he did not bowl a single no-ball. He had bowled in the most disciplined manner possible for the previous eight years.

RCB has the highest and lowest total in IPL history

Royal Challengers Bangalore, a team that is filled with powerful players and still waiting to lift the IPL trophy holds a surprising record. RCB has scored the highest total in IPL history, 263/5 against Pune Warriors. However, the lowest total is also in their name with just 49 runs against Kolkata Knight Riders.

The broadcasting rights of IPL for the next five years (2018-2022) were sold to Star India Network with a humongous amount of Rs 16347.5 crore, implying that one ball cost was approx. Rs. 21 lakh. That’s a huge amount!

Every year old players join new teams and franchises whether they are national or international players. Till now, only two international players have played more than 200 matches for a single team. One is South African player, AB De Villiers for RCB and another one is West Indies all-rounder Kieron Pollard for Mumbai Indians.

The RCB skipper has been part of three double-century partnerships in his IPL career till now. The first partnership of 204 runs was with Chris Gayle against Delhi Daredevils. The second one was with AB De Villiers for 215 against Mumbai Indians and the third was the highest out of all three when he partnered with ABD for 229 against Gujarat Lions.

BCCI has earlier announced that they will add two new teams in IPL. Recently they started the process of adding two new teams. Six cities were shortlisted-Guwahati, Ranchi, Cuttack, Ahmedabad, Lucknow, and Dharamshala. Out of these, Lucknow and Ahmedabad are leading to be the next IPL teams. According to officials, these cities are ahead in the race because of the stadiums with world-class facilities. The Goenka Group and the Aditya Birla Group are among the companies interested in the Lucknow team, while the Adani Group is betting on the Ahmedabad team.

With the addition of new teams, the no. of matches will also increase. The names of the teams are yet to be finalized. Hence, the players and captain for the teams can’t be predicted now. Let’s wait to get further information about other Interesting Facts about IPL.

ALSO READ Dada Said “No Role Of IPL In The Cancellation Of The 5th Test, It’s Players Call”.