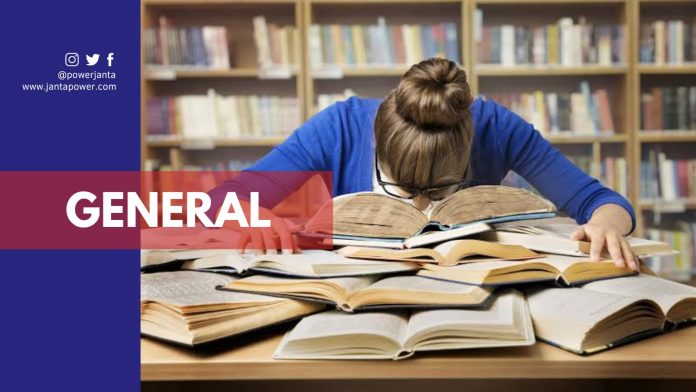 This year in September, three NEET aspirants committed suicide in Tamil Nadu. These incidents again make us think about India’s difficult and traumatic pattern of entrance exams. According to data published by the National Crime Records Bureau, one student commits suicide every hour in India, with roughly 28 such suicides reported every day.

Academic stress is a clear element that leads students to commit suicide. When a student reaches a point in their studies where they feel helpless or unable to meet their own and their parents’ role expectations, a role conflict develops within them. Students in this situation believe they have no other option; therefore they take the drastic step of committing suicide. High competition and limited seats in these top exams convert the aspirant’s dream into a nightmare.

Other than academic stress, several other factors increase the burden on aspirants preparing for the country’s top exams. Let’s know in detail.

The root cause of the stressful life of students is not administrative or educational, but it’s social. Our youngsters are raised to believe that they have three job options: doctor, engineer, or failure. Since the economic downturn, engineering courses have lost some of their lusters. NEET has thus supplanted JEE as the greatest pain of the career-driven adolescent, yet both results in major social woes.

Parents and family members play a crucial role in causing most of the stress among their children. They even set siblings against one another. Middle-class parents compare the capabilities and achievements of their children with others, without knowing that it can build mental pressure on their child.

Schools are compelled to gauge their success in terms of the number of students who pass the NEET and JEE exams. The high demand for admission to IIT and Medical colleges has spawned a massive tutoring industry in India, particularly in Rajasthan’s Kota. When school education is either improper or inadequate due to competition, parents head straight for the coaching centers.

Perhaps the most subversive aspect of the IIT and NEET dream is the coaching classes. Entrance to the top engineering and medical colleges appears to be a sign of academic achievement. Hence, for achieving this, parents enroll their children in popular and expensive coaching centers long before the real JEE or NEET exam, normally up to four years in advance. These coaching facilities not only charge exorbitant prices, but they are also unregulated. Shaming, scolding, and creating a phony competition among students leads to a sense of inadequacy and worthlessness in them. When students fail in these exams, they feel they have wasted their parents’ money and it leads to their negative self-esteem. This is worsened in students from marginalized or economically disadvantaged backgrounds.

How stress can be reduced and suicide can be prevented amongst students?

Suicide may be avoided, and we must make seeking help acceptable. In this case, family members must intervene to place a higher priority on the well-being and life of their child over academic requirements. Family, instructors, and faculty should provide moral support to those children who need it. They must recognize students who have problems, as well as low markers and stressors. Hence, Gatekeeper training is essential as it will them identify and isolate vulnerable populations.

Another critical step is to increase the number of engineering colleges in the country. Despite the attraction of private institutions, students prefer national universities because they are more reputable, provide better placements, and charge lower tuition. Also, the government should implement some regulations for the coaching centers as they are becoming business.

Mental health should be taken seriously. Students should be encouraged to speak up about their problems instead of keeping them inside. Also, there should be more mental health care facilities that are both accessible and cheap.

The Indian education system needs to change. The pattern of these entrance exams also needs modification as the vast syllabus and negative marking create enormous pressure on aspirants. Also, parents need to appreciate their child capabilities and interest rather than comparing them with others. Every child has his/her dream and goal, just support them, don’t run with the pack.

ALSO READ: UPSC, JEE-NEET, robotics — you can study for almost everything online in India now

Know The Pros and Cons Of Online Education