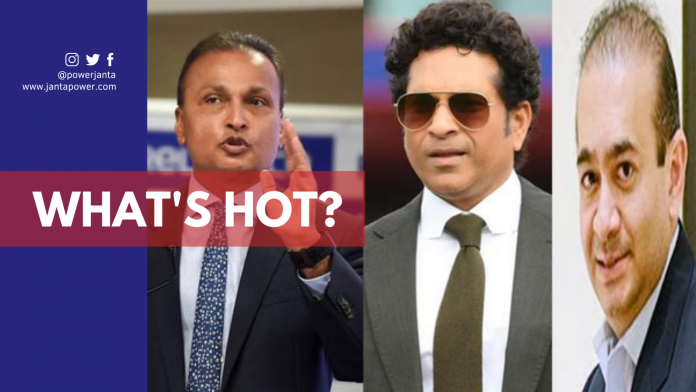 Pandora Papers Leak, the largest collection of leaked offshore data in history has revealed the secret deals and hidden assets of some of the world’s wealthiest and most influential people. The stockpile, named the Pandora papers, obtained by The International Consortium of Investigative Journalists contains 11.9 million data from 14 legal and financial services firms. These firms are hired by rich and ultra-wealthy clients to set up offshore structures and trusts in tax havens to hide trillions of dollars from tax authorities and others. The tax havens include places like Panama, Dubai, Monaco, Switzerland, and the Cayman Islands.

According to the journalist group, the 2.94 terabytes of financial and legal data displays the “offshore money machine operates in every corner of the globe, including the world’s largest democracies,” and involves some of the world’s most well-known banks and legal firms. This leak is larger than the 2016 Panama Papers leak and involves more than 100 billionaires as well as world leaders, heads of state, judges, mayors, Rockstar, celebrities, business leaders, and other influential people.

The Pandora documents provide a rare glimpse into the inner workings of a hidden financial world. It provides a rare sight of the hidden operations of a global offshore economy which allows some of the world’s wealthiest people to conceal their money and pay little or no tax. The leak includes hundreds of Indian names, out of which some are prominent and influential ones who are already under Indian authorities’ scanner and investigation.

The Pandora Papers leak has over 300 Indian names, including over 60 notable ones. According to The Indian Express report, more names will be confirmed and revealed in the coming days. However, the following are a few of the individuals mentioned in the reports, let’s have a look:

One of the most shocking names involved in the leak is legendary cricketer Sachin Tendulkar’s. According to The Indian Express, Tendulkar, along with his family members, is listed as Beneficial Owners of an offshore business in the British Virgin Islands (BVI) that was set up in 2007 and liquidated in 2016. However, the CEO of Sachin Tendulkar Foundation claimed that all investments are legal and have been disclosed in Tendulkar’s tax reports.

The chairman of the Reliance ADAG Group, Anil Ambani’s name has also been mentioned in the leak. According to Indian Express, Ambani and his Group representatives own at least 18 offshore companies in Jersey, the British Virgin Islands (BVI), and Cyprus.

Purvi Modi, the sister of fleeing jeweler Nirav Modi, is said to have established a company in the British Virgin Islands, a month before he fled in January 2018. The trust was established to function as a corporate protector for another trust established through the Singapore-based Trident Trust Company. She is along with Nirav Modi and Mehul Choksi is accused in a $2 billion money laundering case.

The biotech entrepreneur has been linked to her husband, John McCallum Marshall Shaw, who has recently made headlines. He is a British citizen who has reportedly established a company that owns 19.76 percent of Biocon and has $85 million in cash and real estate.

According to the Pandora papers, Bollywood actor Jackie Shroff is the primary beneficiary of a trust established in New Zealand by his mother-in-law. The trust holds a bank account in Switzerland. It also held a British Virgin Islands-based offshore corporation.

Satish Sharma, a Gandhi family acquaintance, and senior Congress leader, established a trust in 1995 while serving as the Minister of Petroleum and Natural Gas. When he was a Rajyasabha member in 2015, he also established another trust.

Nira Radia, a corporate lobbyist, is said to have set up a dozen companies. She conducts her offshore business through Sanjay Newatia, a former Credit Suisse banker. Radia had declined all the allegations by stating that all the disclosures have been made to relevant authorities.

Ajit Kerkar of Cox and Kings

Ajit Kerkar, who is currently incarcerated, established two trusts in the British Virgin Islands in 2010 and has ties to at least a half-dozen offshore companies established between 2010 and 2016. Kerkar with Shyam Maheshwari has found the majority of these companies. Kerkar’s trusts serve as guarantors for loans totalling $79 million.

In most nations, moving money through offshore accounts in primarily low-tax jurisdictions is allowed, and many of the persons listed in the data release haven’t been charged with any criminal offences. These investments are not considered illegal if required disclosures have been made to the relevant authorities.

ALSO READ: 5 Times Bollywood Actors Were Caught Using CGI On Their Bodies To Fool Their Audience