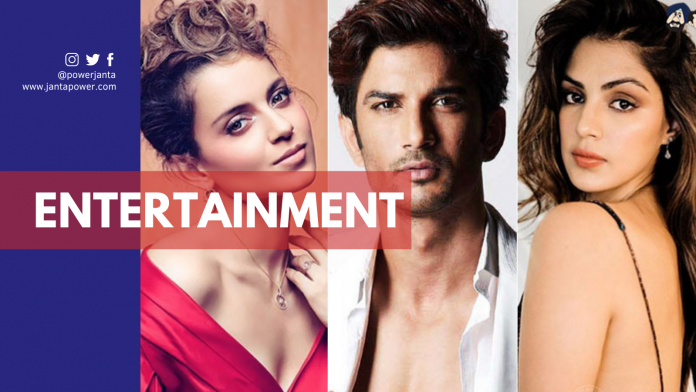 The Bollywood industry is full of glamour, fashion, and fame. But, behind all those glitz and glam there lurks a dark world of drugs and substance abuse. Many Bollywood insiders have revealed that the industry not only has a drug culture but that some indian celebrities who Confessed and had History with Drugs are addicted and habitual of taking a variety of addictive and non-addictive drugs.

After the death of Sushant Singh Rajput, many Bollywood celebs including Deepika Padukone, Rakulpreet, Sara Ali Khan, and others were summoned by NCB for alleged having a connection with drugs. Then Armaan Kohli and Ajaz Khan were also apprehended by Narcotics Control Bureau. And now, the arrest of Shah Rukh Khan’s son Aryan Khan in a drug raid on Cordelia Cruises’ Empress Ship ignited the issue of the drug in Bollywood.

Let’s have a look at the following list of Bollywood actors who have admitted consuming drugs:

The “Khalnayak” of Bollywood, Sanjay Dutt had been very vocal about his drug addiction in the past. He has never hidden his battle with drug addiction. At an event, the actor, who has subsequently gone on to speak against drug use, stated, “My journey with substance abuse has been about 12 years. There are no drugs in the world that I have not done. When my father took me to America (for rehab), they gave me a list (of drugs) and I ticked every drug on it because I had taken all of them.” Sanjay describes his drug era as “nine years of agony.” He later opted to quit drugs and has remained clean for more than four decades.

Last year, the NCB allegedly seized 86.5 grams of ganja from Bharti Singh and her spouse Haarsh Limbachiyaa’s home, which made headlines. NCB officials in a statement said that “Both Bharti and her husband Haarsh Limbachiyaa accepted usage of ganja.” A metropolitan magistrate’s court later granted the pair bail.

Fardeen Khan, the son of famous actor Feroz Khan, had a brief Bollywood career before utterly disappearing from the public eye. Fardeen was a drug addict who was apprehended by Mumbai cops on May 5, 2001. The actor was found in possession of 9 grams of cocaine. In order to kick the habit, Fardeen had to go through a detoxification program in the same year.

Ranbir Kapoor, who impressed audiences with his performance in ‘Rockstar,’ also admitted to smoking marijuana. In a 2013 interview with India Today, he stated that he took drugs to improve his performance.

Mamta Kulkarni one of Bollywood’s most popular stars in the 1990s was listed by Thane Police as an accused in India’s biggest-ever drugs racket in June 2018. In April, Thane Police made a record seizure of 20 tonnes of ephedrine. During the police operation, drugs worth Rs 2,000 crore were seized.

In an interview with Mumbai Mirror, Prateik Babbar, son of late actress Smita Patil and Raj Babbar, discussed his drug addiction. The actor admitted that he began using drugs when he was 13 years old. He said, “People still think I got hooked because it was ‘cool’ for a celebrity to indulge in recreational drugs. But for me, it was more of an escape from reality. My childhood was complicated and there were a lot of questions I didn’t have answers to, so, I looked elsewhere for solace.”

Kangana Ranaut has been open about her battle with drug addiction. During her early days in the film industry, she even acknowledged being a drug addict. “I ran away from my house, and in a couple of years, I became a film star and a drug addict,” she claimed.

Former Bigg Boss contestant and actor, Armaan Kohli was detained by NCB in August this year after a raid at his home in Juhu, Mumbai. At his home, less quantity of drugs was also discovered.

A recent addition to this list is Somy Ali, who while lending her support to Aryan Khan confessed that she tried marijuana at the age of 15 and did the same with late actress Divya Bharti on the sets of the film ‘Andolan.’ She wrote a long note on Instagram about Aryan’s arrest and also supported him.

The Bollywood industry and people working here have a long and tangled history with drugs. These are just a few celebrities’ names who confessed or got arrested in connection with drugs. While there will be hundreds of names in this industry that are still under the cover.