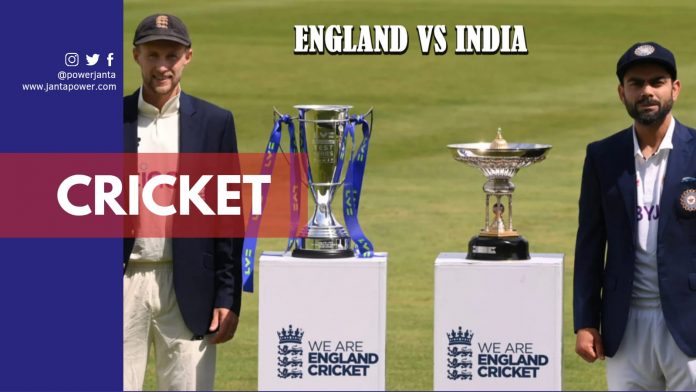 After eight long weeks later, India is set to take on the English side in the 5-match Test series in England. This match is considered as the “Final Frontier” for India since the Men in Blue haven’t won a single Test series in India since 2007. The Indian side was clean swept 0-4 in 2011, then 1-3 in 2014, and in 2018, it was 1-4. So, this year, the match will be very crucial for Kohli and Co.

This series will also mark the new ICC World Test Championship cycle. However, in many ways, India also has the odds in their favor to win the series in England. Yes, they lost the one-off final against New Zealand at Lords. But India’s previous overseas endeavor was a historic one: Breaching the Gabba Fortress after 40 years! The team was broken and bruised with injuries, and some major players were off. However, despite all the odds, they overcame all that and secured a 2-1 victory.

Against England, however, India has the best chance with the core of their batting lineup all being present. Virat Kohli, Ajinkya Rahane, and Cheteshwar Pujara are all on their third tours of England. They have plenty of knowledge about the game in England and the conditions. With Rishabh Pant and KL Rahul in their arsenal – India’s on-paper roaster is a solid mix.

However, the spotlights will also be on the Men in Blue’s pace attack which has been the talk of the cricketing world. As Shami and Bumrah lead the front of the Indian side, Mohammed Siraj with his swing and seam will play a key role in the series. The spin options are excellent as well with R Ashwin and Ravindra Jadeja at disposal.

On the other hand, England is missing key players like Jofra Archer and Ben Stokes. Their absence will be felt by the English side. However, Sam Curran will be more than happy to fill the void that has previously hurt India in the past. As always, eyes will be on Joe Root who would be the biggest obstacle in front of the Indian side. After losing the series 3-1 in India, England will be looking for payback. On green pitches, James Anderson is sure to give some major troubles to India.

Currently, England has scored 66 runs in 25 overs with 3 down. England skipper Joe Root won the toss and opted to bat first against India in Nottingham. Bumrah brought the early breakthrough for India by taking out Rory Joseph Burns. The other 2 Indian pacers also did their job perfectly as Shami took out Sibley and Crawley were knocked by Siraj. India is having a good start and we hope things go this way moving forward.

ALSO, READ: Why Cricket Is More Popular Than Football In India? Is It Wrong?